You may also like
Dismiss
Coronavirus: Updated Cruise Ship Policies and Cancellations Because of COVID-19 (2021)
Foreign Office Revises Advice on Cruising, Rivers Now Exempt
In Industry Step Forward, CDC Seeks Public Comment On Cruise Resumption
Rolling Out the Deals: Why Now Might Be a Great Time to Book a Cruise
Australia Extends Ban on Cruises to March 17, 2021
Wave Season Cruise Deals 2021
Royal Caribbean Revises Its Onboard Mask Policy
These Ships Are Coming Back To The U.S. in 2022: Here’s Why You Should Care 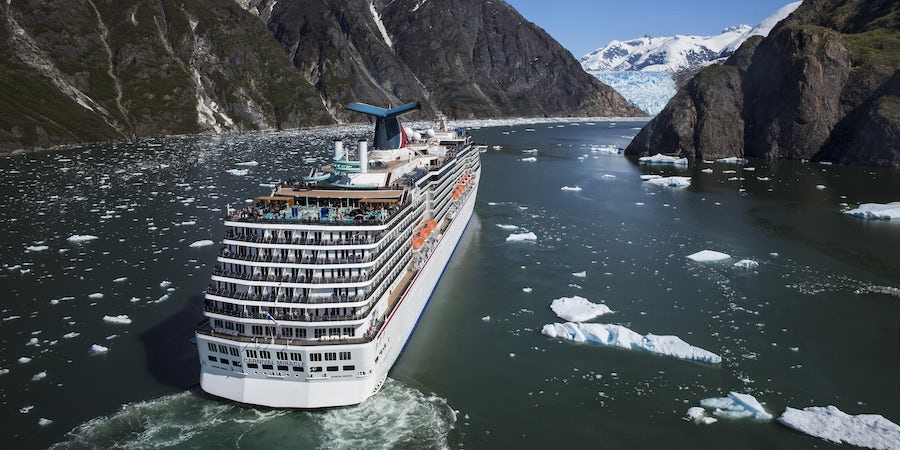 The announcement does not affect sailings to Alaska from Seattle, which are still being considered as cruise lines work with relevant government authorities to find a way to allow these voyages to proceed.

At least in Holland America Line's case, passengers on impacted sailings out of Vancouver are not allowed to move to departures from Seattle, as those voyages have been removed from active sale.

Though expected, the reality of these cancellations are devastating for both Canadian ports of call and for local communities in Alaska, which rely heavily on Canadian permission for ships to sail, as a condition of the U.S. Passenger Vessel Services Act, which mandates a stop in a foreign port of call for all non-U.S. flagged vessels.

Several operators have been petitioning the U.S. government for a temporary waiver to the PVSA. Transport Canada had previously said it will also not allow cruise vessels into its territorial waters for so-called "technical" stops to satisfy U.S. cabotage laws.

All three lines have stated their commitment to resume operations in the region in 2022.

Alaska's senators are weighing in, meanwhile,

"Canada's announcement to ban all cruise sailings carrying 100 people or more traveling through Canadian waters, without so much as a courtesy conversation with the Alaska Delegation, is not only unexpected—it is unacceptable—and was certainly not a decision made with any consideration for Alaskans or our economy. We expect more from our Canadian allies,"

Princess Committed to Trying to Operate a Portion of Sailings in Alaska, New England

Princess Cruises has kept its Alaska voyages from Seattle, and its cruises to Canada and New England, on the books -- for now. The line stated it plans to run land-only tours to Alaska this year, and promises more details are forthcoming.

"Princess is engaged with various United States and Canadian government officials to try to preserve a portion of the Alaska and Canada & New England 2021 cruise seasons," the line said in a statement.

"In the meantime, Princess has committed to operating the Kenai Princess Wilderness lodge along with McKinley Chalet Resort in Denali and Westmark Fairbanks Hotel this summer and is currently working on vacation land package details that will be announced shortly."

While Princess and Seabourn have, for the most part, restricted their cancellations only to departures from Vancouver to Alaska, Holland America Line -- which has maintained a strong presence in Canadian waters for over half a century -- has scrapped all itineraries starting from or ending in a Canadian port of call, including select voyages to Canada & New England.

The line has also cancelled all Land+Sea cruisetours to Alaska, all of which typically use Vancouver as a pre-or-post cruise gateway. The line confirmed to Cruise Critic it still plans to operate its lodges in Alaska this year for land-only tours.

"Holland America Line, in alliance with our entire industry, is optimistic for the resumption of cruising around North America and worldwide," said Gus Antorcha, president of Holland America Line. "However, we must be practical in our approach by acknowledging the limitations put in place by the current Canadian order that requires us to cancel select sailings. We thank our guests for their patience and understanding and know that they, like us, are eager to see cruising begin again soon."

Seabourn has axed its entire Alaska and British Columbia season this year, affecting 19 departures aboard Seabourn Ovation. Passengers with impacted bookings will be automatically cancelled and re-booked to a comparable voyage in 2022 at the rate paid, plus all current amenities.

"Our highest priorities are compliance, environmental protection and the health, safety and well-being of our guests, crew and the people in destinations we visit," said Josh Leibowitz, president of Seabourn. "We have heard from many guests and they are eager to travel, seeing positive developments starting to take hold that will eventually lead to our return to service."

The next real test will be to see if the cruise industry is successful in lobbying the U.S. government for an exemption to the Passenger Vessel Services Act that would allow Alaskans (and East Coast residents) to salvage what little remains of their cruise season.

Expect this to be an uphill battle, however: Norwegian Cruise Line lobbied the U.S. government heavily for years before being granted an exception to operate its services in Hawaii aboard Pride of America -- a vessel built partially in the United States, finished in Europe, that is prohibited from operating anywhere outside of Hawaii.

Another hurdle involves the U.S. Centers for Disease Control and Prevention (CDC). Even if the Passenger Vessel Services Act was temporarily repealed, ship operators still have to contend with the CDC's "Framework for Conditional Sailing" that has remained all but stalled-out since its introduction four months ago.

For passengers with active bookings in Alaska and Canada and New England, the best course of action may be to hang on and wait for lines to make a decision either way.