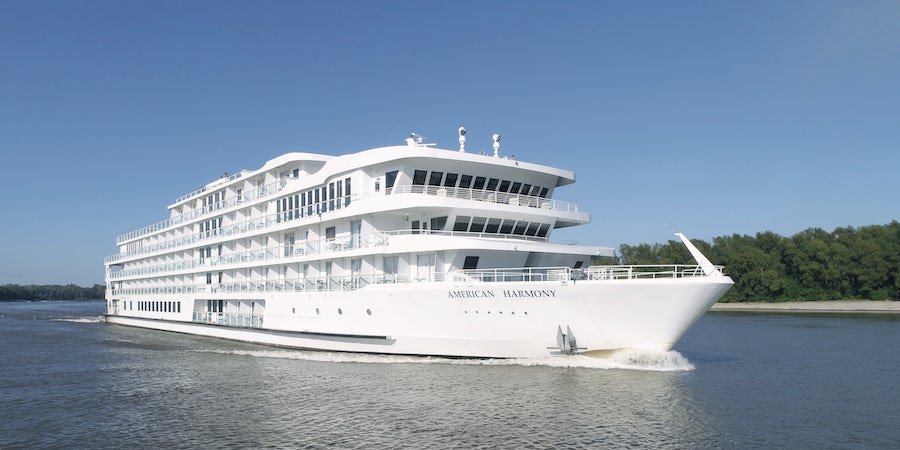 (12:30 p.m. EST) -- American Cruise Lines has announced it will have six cruise ships in the Pacific Northwest for the 2021 season, including American Harmony, which makes its debut on the Columbia and Snake rivers after its journey from the East Coast via the Panama Canal.

American Harmony debuted in 2019 for American Cruise Lines, and is one of its new, modern riverboats that offers contemporary styling and amenities, along with some of the largest standard cabins on the rivers of America.

Arriving in Astoria, Oregon, American Harmony joins its sister-ship American Song, along with two of American Cruise Line's classic paddlewheelers plying the Columbia and Snake rivers, American Pride and Queen of the West.

American Cruise Lines plans to operate voyages on the Columbia and Snake rivers this year, with sailings travelling through the heart of Oregon and Washington state. Voyages in 2021 include a new slate of active excursions and onboard inclusions like wine tasting events and onboard entertainment each evening.

The line is not bound by restrictions on cruise put forth by Transport Canada, as the line is flagged in the United States and does not (and would not) need to stop in a foreign port of call. American Cruise Line's vessels are also not covered under the U.S. Centers for Disease Control and Prevention (CDC)'s "Framework for Conditional Sailing", as the small-ship fleet falls below the guidance set forth by the CDC.

Voyages aboard American Harmony are now available for booking.