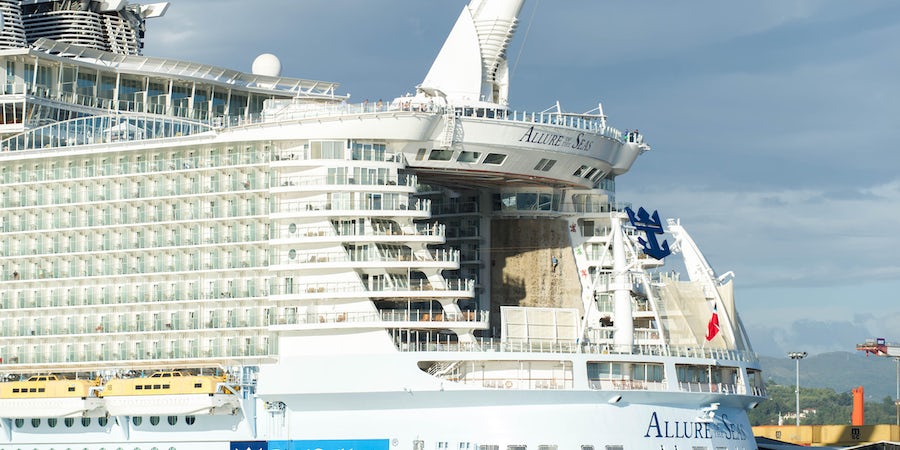 (2:15 p.m. EST) -- Cruisers hoping for rock-bottom pricing when cruise operations resume shouldn't get their hopes up. During its fourth-quarter 2020 earnings call today, Royal Caribbean Group executives noted that bookings for 2021 and 2022 remain strong, with prices higher, on average, than in 2019.

Although bookings are below historical levels in some segments, the number of cruisers booked throughout this extended period of uncertainty is "humbling," Liberty said. He detailed a 30 percent increase in new bookings at the beginning of this year, compared with bookings for November and December.

Almost 75 percent of all bookings are "new" -- that is, not related to the redemption of Future Cruise Credits, or FCCs.

For 2022, the outlook is even rosier: Bookings are within historic ranges for the first half of next year, at higher prices.

"Most of our deployment is open for the first half of 2022," Liberty told investors.  "Historically, we don't really talk about 2022 this early but what we see is a lot of pent-up demand for vacations. (People) have bypassed many of their vacations, they're trying to eye out when we're going to return to service and they're looking to enjoy the vacation they've previously planned."

That good news comes on the heels of some sobering financial numbers. Royal Caribbean reported a net loss of $5.8 billion for the 2020 fiscal year, with a net loss for the fourth quarter of $1.4 billion.

"These results reflect the staggering impact that the pandemic brought to our company and the whole industry during 2020," Liberty said in a statement. "I want to thank all our teams who have risen to the occasion, managing through the toughest year in Royal Caribbean's history."

Bookings have also been strong across Royal Caribbean Group's brands, which include Royal Caribbean, Celebrity and Silversea, from passengers over the age of 65, something that Bayley attributes, at least anecdotally, to the increased prevalence of vaccinations against COVID-19.

"We've seen after we came out of the holidays is a proportional increase in the number of guests booking who were 65 plus, and that has continued to increase," Bayley said. "Our belief is people 65-plus are getting vaccinated, and we're seeing that very much in our bookings from January forward.

"It is also true of Silversea, which even before the holidays started to see an uplift in bookings within this age demographic."

"We're seeing there's a pretty strong relationship between booking volumes and vaccines," Liberty said. "On the other side of it, it's also building confidence that we're getting to the other side of this (pandemic) and that travel should be here sooner rather than later."

Royal Caribbean executives hinted that ongoing progress with vaccinations continues to drive bookings around optimism that cruise will eventually be allowed to restart. Bayley noted that 98 percent of Royal Caribbean's crewmembers have stated their willingness to be vaccinated, while approximately 4,000 crewmembers have already had "the jab."

While not providing details on exact restart plans, Bayley noted that additional technical guidance from the U.S. Centers for Disease Control and Prevention was expected "any day now."

The delivery of this guidance has been stalled out since the CDC released its "Framework for Conditional Sailing" back in late October, and is necessary to perform the so-called "test cruises" that are required by each line wishing to resume operations within the United States.

"We're literally expecting the technical specifications any day now," Bayley told investors. "They've assured us that as soon as all of these things come together, they want to get us back into operations. We're just literally waiting."

Last fall, Royal Caribbean held an open call for volunteers to participate in the first test voyages to come back and received overwhelming response.

"When we asked for volunteers, we received over 250,000 volunteers, so there's plenty of people interested in cruising," Bayley said.

Cuba and ship sales were also top-of-mind for investors. Bayley assured investors that other ships in the Royal Caribbean fleet were able to sail into Havana, and not just the recently-sold Majesty of the Seas and Empress of the Seas.

"We do have a ship that will fit into Cuba if that should come back," Bayley said. "So, we're all good there."

Meanwhile, Liberty noted that while the company has no current plans to divest, or sell, any of its existing fleet, it remains "opportunistic" -- meaning the company is open to selling vessels if the right offer came along. The sale of the small three-fleet line Azamara to Sycamore Partners is taking place this quarter.

However, Liberty stressed the criteria for selling any ship would have to be that it no longer fits into the fleet strategy of the company or any of its brands.

"For us ... it's not about selling ships to get cash," Liberty said. "It's about whether the investment in the ship ... fits strategically within the brand. We continue to evaluate opportunities that come our way, but we don't have any specific plans."