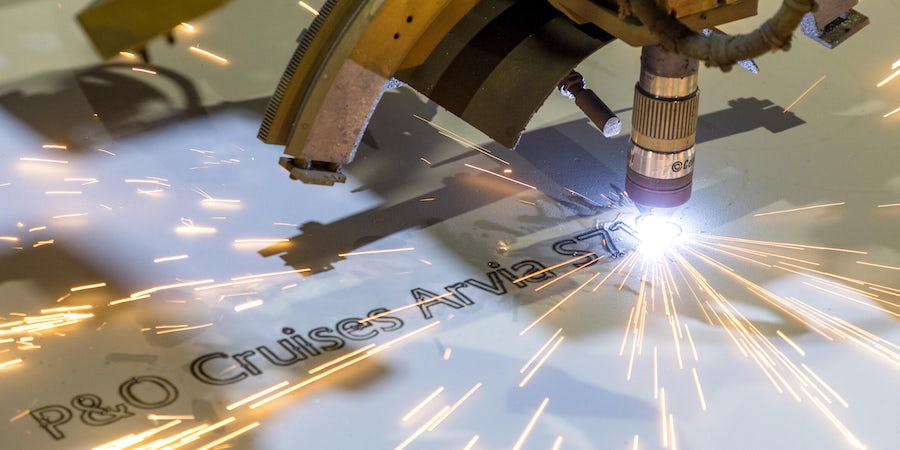 (11 a.m. GMT) -- P&O Cruises cut the first piece of steel for its new ship Arvia, a sister to its current flagship, Iona.

The 5,200-passenger ship, whose name P&O Cruises revealed last week, is being built at the Meyer Werft shipyard in Papenburg, Germany.

"It is a future which will include two of the most environmentally innovative ships in the world today.

"Iona is poised to join our fleet this summer as we return to service and is eagerly anticipated by our employees, crew and certainly by our guests who cannot wait to sail on her during her maiden season from Southampton.

"Whilst Arvia may have a different look and feel to Iona, being built to sail in the sun, the inherent DNA is the same. It is one which exemplifies design excellence, forward-thinking power generation and future-focused experiences."

The name Arvia, meaning "from the seashore", was unveiled earlier this month through a video reveal outlining the letters in different locations, all relating to the beach and seashore.