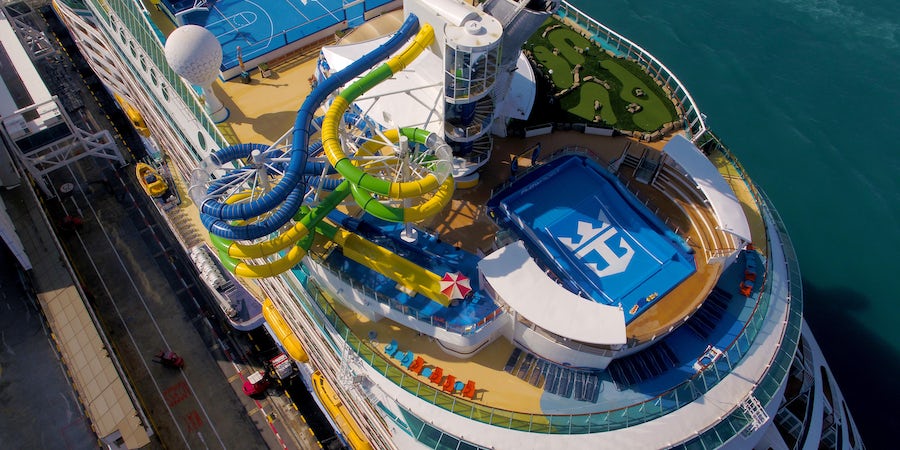 (12:45 p.m. EST) -- Royal Caribbean has unveiled its 2022-23 northeast cruise season, adding departures from Boston and the New York City area to its lineup of sailings.

A total of three ships -- Adventure of the Seas, Anthem of the Seas, and Voyager of the Seas -- will sail from New York (Bayonne) and Boston to itineraries visiting the Caribbean, Bermuda, Bahamas, and Canada and New England, along with Royal Caribbean's Perfect Day at CocoCay private island in the Bahamas.

The 3,602-passenger Voyager of the Seas will make its Boston debut with a series of weeklong sailings to the Canadian Maritimes, with stops including Saint John, New Brunswick; Halifax, Nova Scotia; and the popular New England ports of Bar Harbor and Portland, Maine.

Voyager of the Seas will also operate a Caribbean voyage to San Juan, Puerto Rico, and can hop aboard a unique Arctic Transatlantic Crossing from Copenhagen, Denmark to Boston, with stops in Iceland and Greenland along the way.

The deployment of Voyager of the Seas from Boston marks a dramatic increase in passenger capacity from the city. Historically, Royal Caribbean has employed its smaller Radiance Class vessels from the city's Flynn Cruiseport terminal. The 2,146-passenger Serenade of the Seas was homeported there in 2019.

Adventure of the Seas, meanwhile, returns to Cape Liberty in Bayonne, New Jersey where it will operate a combination of itineraries to Bermuda, the Caribbean, and the Canadian Maritimes.

A new itinerary being offered aboard Adventure of the Seas is the nine-night Eastern Caribbean voyage operating from Cape Liberty, with stops in St. Maarten, Puerto Rico, Bermuda and Royal Caribbean's private escape at Labadee, Haiti.

Anthem of the Seas will also sail from Cape Liberty when it arrives from Southampton, England following its westbound transatlantic crossing in October 2022. The ship will then operate weeklong cruises to the Bahamas that include stops in Nassau and Perfect Day at CocoCay. The ship will also offer longer, 11-night Southern Caribbean cruises to San Juan, Philipsburg, St. Maarten; St. John's, Antigua; Castries, St. Lucia; and Basseterre, St. Kitts and Nevis.