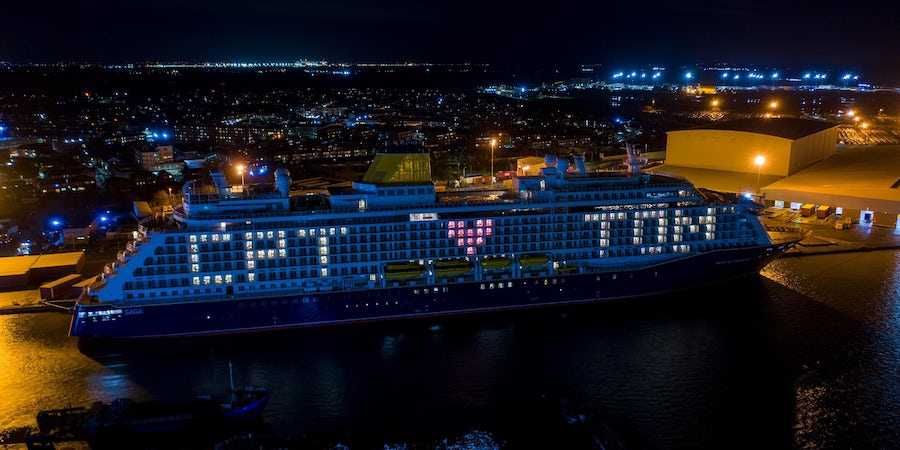 (3:25 p.m. EST) -- Cruising may be at a halt for passengers right now but the ships never stop moving.

Since last March, we've been keeping a close eye on what's going on with some of your favorite ships, whether that's repositioning, crewing up for a (possible) restart -- or being sent to the scrapyard.

Here's a round-up of ship news for this week.

We've been following the progress of Majesty of the Seas since Royal Caribbean confirmed it had sold the popular ship, along with Empress of the Seas, back in December -- as have our Boards members.

Though old -- Empress of the Seas (1990) and Majesty of the Seas (1992) -- commanded a loyal following of cruisers who loved them for their classic design, smaller size and affordable itineraries.

Empress was sold to an Indian buyer, but Majesty's fate is not as clear -- and members are wondering what the ship is doing in Greece.

As many readers know all too well, most ships that stop in Piraeus are usually bound for one more location -- the beaches of Aligaya, Turkey -- where they make their final port call. We'll update you next week on where Majesty is bound for next.

It's better news Down Under where Pacific Encounter officially became part of the P&O Australia fleet.

The former Star Princess left wet dock in Singapore where she has been transformed into a P&O ship -- complete with iconic logo and livery as well as new inside features including a stunning atrium and restaurants including the Waterfront Restaurant and Dragon Lady -- with the Italian restaurant Angelo's sporting iconic Sophia Loren artworks and beautiful draper.

The 2,600-passenger ship will complete its refurbishment over the coming months before joining Pacific Adventure and Pacific Explorer to comprise the P&O fleet, where it is tentatively scheduled to begin its first cruises for P&O Australia in May.

A Tribute to Captain Tom

And finally to England, where one centenarian captured the hearts of the nation during lockdown -- Captain Sir Tom Moore, who died earlier this week.

Saga's ships, Spirit of Adventure and Spirit of Discovery, both currently docked at Tilbury, lit up their cabin lights as a tribute on Wednesday night.

For non-UK readers, captain Sir Tom set out to walk 100 laps around his garden and raise £1000 for Britain's National Health Service during the start of the coronavirus pandemic.