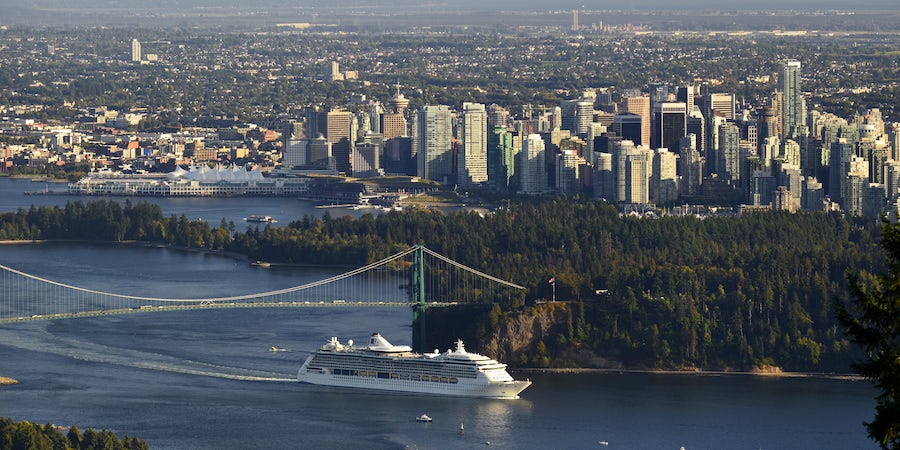 The orders, which were originally issued last spring and extended several times since, were announced by Minister of Transport Omar Alghabra. The orders prohibit any cruise vessel carrying more than 100 or more people from operating in Canadian waters, effectively canceling the 2021 Alaska and Canada New England seasons for all but small, U.S.-flagged vessels.

The order also ban all adventure-seeking pleasure craft and passenger vessels from entering Canada's Arctic waters, including Nunatsiavut, Nunavik, and the Labrador Coast. That part of the order rules out smaller expedition vessels from conducting their 2021 itineraries.

The orders re-iterated that the Government of Canada "continues to advise Canadian citizens and permanent residents to avoid all travel on cruise ships outside Canada until further notice."

"As Canadians continue to do their part to reduce the spread of COVID-19, our government continues to work hard to ensure Canada's transportation system remains safe," said Minister of Transport Omar Alghabra in a statement.

"Temporary prohibitions to cruise vessels and pleasure craft are essential to continue to protect the most vulnerable among our communities and avoid overwhelming our health care systems. This is the right and responsible thing to do."

Cruise lines, ports and stakeholders from Washington State to Alaska and beyond are reacting to the news, specifically as it relates to the 2021 Alaska cruise season. As of this writing, no cruise lines have officially cancelled their 2021 Alaska cruises, while Holland America Line and Princess Cruises have stated they intend to operate their land-based hotels in Alaska as-planned.

“As the state with the most extensive shared border with Canada, the Alaska Delegation has worked in good-faith to seek compromise over border crossing restrictions due to COVID-19, keeping in mind the health and safety of Alaskans and Canadians," a joint statement issued by Lisa Murkowski, Dan Sullivan, and Congressman Don Young, all R-Alaska, read.

"Canada’s announcement to ban all cruise sailings carrying 100 people or more traveling through Canadian waters, without so much as a courtesy conversation with the Alaska Delegation, is not only unexpected—it is unacceptable—and was certainly not a decision made with any consideration for Alaskans or our economy.

"We expect more from our Canadian allies."

Transport Canada has stated it will not offer an exemption to these rules for even technical or service calls by cruise vessels that would allow ships to sail from U.S. ports and satisy U.S. cabotage laws.

On the West Coast, Victoria and Prince Rupert, or Vancouver, typically serve that purpose. On the East Coast, ports like Halifax and Saint John, New Brunswick satisfy those requirements for shorter Canada and New England voyages from U.S. ports.

While no cruise lines have yet to announce formal cancellations, legally no cruises to, or from, Canadian waters or ports can proceed this year. Fines of $25,000 per day can be levied against corporations or groups that do not follow these orders.

Some local small-ship operators, like Kingston, Ontario-based St. Lawrence Cruise Lines, which operates the 48-passenger, 14-crew Canadian Empress, have told Cruise Critic they still intend to operate a full season, with the appropriate health and safety measures in place. Victoria-based Maple Leaf Adventures, which operates a trio of small ships, also plans to operate a modified season for local residents or Canadians only, beginning in June.

Cruise Critic will update this article as further information is released.