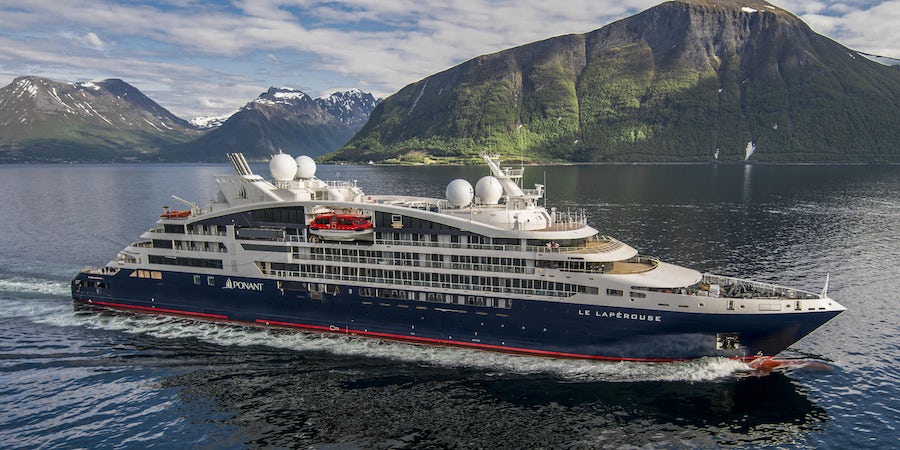 (Updated: 1 a.m. AEST) -- The New Zealand Cruise Association (NZCA) has hit back at its own government after authorities revoked permission for Ponant's Le Laperouse to enter the country.

The move comes just days after Ponant had announced it had secured permission to operate cruises exclusively for New Zealanders after months of negotiations. Le Laperouse was scheduled to begin operations in New Zealand on February 8, 2021.

"The New Zealand Cruise Association is shocked and quite simply bewildered to see that at the very last minute Immigration NZ has chosen to prevent the Ponant ship Le Laperouse from coming to New Zealand despite having the green light from the Ministry of Health," said NZCA Chief Executive Officer Kevin O’Sullivan in a strongly-worded rebuke provided to Cruise Critic.

"The New Zealand Government (through the Ministry of Health) granted an exemption last December to permit the ship to operate domestically in New Zealand, carrying a maximum of 100 passengers.

"At the extremely last minute, Immigration NZ has now denied entry for some of the ship’s crew who they have deemed to be non-essential. NZCA believes that all the ship’s crew are essential to its operation and they cannot be replaced by New Zealanders in such a short time.

"It is a case of one Ministry giving and another taking away. Government departments must begin to talk to each other, not take separate action which once again greatly harms the tourism industry."

"The New Zealand Department of Immigration has declined to approve visas for 61 of the ship’s 90 crew. Visas were issued for 29 technical crew however INZ were not prepared to issue visas to the 61 hotel staff.

"Following a detailed application submitted in October, including the numbers, and nationality makeup of the crew to arrive on the ship, the Ministry of Health issued an approval in mid December. The approval’s conditions were to operate with a limit of 100 guests, within NZ waters, for Kiwis only. Le Lapérouse and her full complement of 90 crew were mobilised under strict Covid isolation and multiple testing protocols and sailed from her anchorage off Jakarta on January 10 for New Zealand. Health officials were scheduled to test all crew upon arrival on 30 January.

"After travelling more than 3600 nautical miles, the company was advised on 27 January that visa applications for the hotel department officers and crew were not considered critical to the ship’s entry to NZ and the applications were declined. The company was advised that the ship must not enter the 200 mile NZ Exclusive Economic Zone otherwise face arrest with imprisonment penalties for the ship’s Officers and Company Management.

"The ship was instructed by INZ to turnaround and go elsewhere. Low on fuel, the only safe option was to apply for entry to New Caledonia which was granted allowing the ship to arrive yesterday.

"Ponant has invested millions of dollars promoting New Zealand internationally, and operating in NZ seasonally for the past seven years. We hope there is a quick review of the processes for expedition ships to operate in New Zealand and that the 2021-2022 season can be saved."

NZCA stated New Zealand's Minister of Immigration has wrongly tried to paint the decision as the fault of Ponant for not following procedures. However, Ponant had provided immigration information to Immigration New Zealand on necessary visas for the ship's crew following the Economic Exemption for Ponant to operate within New Zealand granted on December 18, 2020.

Le Laperouse has complied with COVID-19 requirements to isolate all crewmembers onboard, and there are no cases of the virus onboard the ship after a total of 24 days in quarantine and four rounds of COVID-19 testing, all of which have returned with negative results.

The vessel was due in Auckland for fuelling, maintenance work and mandatory COVID-19 testing, but after New Zealand authorities denied visas to the entire ship's crew, Le Laperouse is now bound for Noumea, New Caledonia -- some 977 nautical miles away -- for fuel bunkering.

It is estimated that more than 700 New Zealanders held bookings on the ship's upcoming departures. Le Laperouse currently carries a crew of 90 and was going to carry just 100 passengers per voyage, rather than its standard maximum capacity of 264.

"This decision by Immigration NZ tarnishes New Zealand as a cruise friendly destination, undoing years of hard work," concludes O'Sullivan. "It is quite simply not good enough."