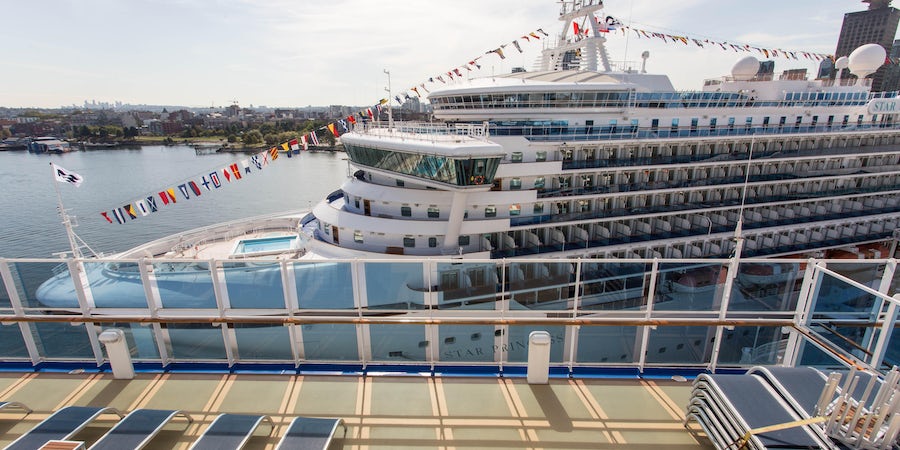 (3:20 p.m. EST) -- The results from Cruise Critic's latest round of reader survey are in -- and a whopping majority of our readers believe vaccines will be important to the eventual resumption of cruising.

The survey, which received nearly 3,000 responses from Cruise Critic readers, asked cruisers about different COVID-19 health precautions, as well as sentiment around the safety of cruising overall.

A wide majority of respondents -- 81 percent -- said they would cruise if vaccines were required. Only 5 percent said that a vaccine requirement would absolutely deter them from cruising.  The other 14 percent said that they were unsure.

So far, only a handful of cruise lines -- Saga Cruises in the U.K., Victory and American Queen Steamboat Company -- have said they would require passengers to show proof of a COVID-19 vaccine before boarding. But that could change as more people around the world become vaccinated.

Another 85 percent of those surveyed said that they would be more likely to take a cruise if crew members were required to be vaccinated. Recently, Norwegian Cruise Line it is eyeing a COVID-19 vaccine requirement for its crew, but there are logistical challenges.

Overall, cruisers feel more confident about the safety of cruises when they resume than they do with the measures already taking place on planes and in hotels and all-inclusive resorts.

On a scale of 1 to 5, 67 percent of those surveyed gave cruises a score of 4 or 5, in terms of their confidence in the cruise lines' commitment to COVID-19 safety procedures. (Twenty-one percent gave cruising a 5 rating, meaning very confident.)

In general, the survey respondents embraced the safety measures that cruise lines have already put in place, with the majority saying there were no "deal breakers" for them to return to the seas.

Of the choices given, mandated cruise line-sponsored shore excursions were cited as the biggest deal breaker, with 29 percent saying that kind of policy, like cruise lines such as MSC are doing in Europe, would prevent them from cruising.

Cruises to nowhere, like Royal Caribbean is doing in Singapore on Quantum of the Seas, would deter 27 percent of respondents. Only 24 percent said that a mask requirement would keep them from boarding.