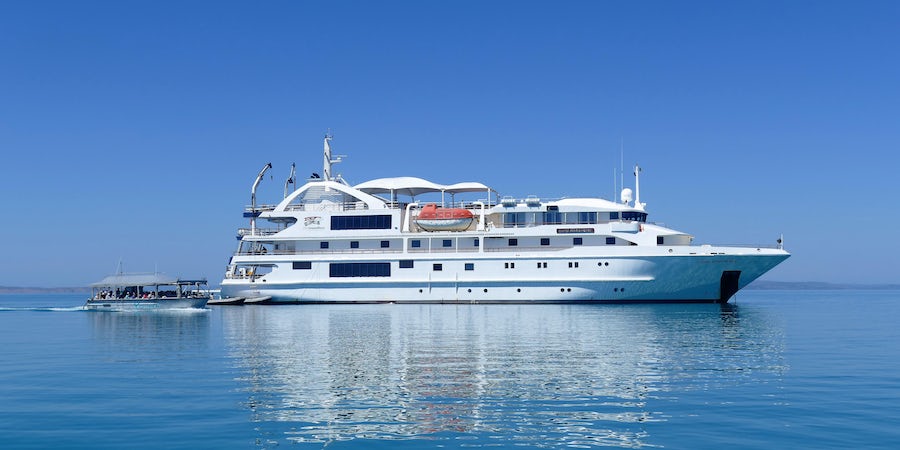 (Update, January 29, 9 a.m.) -- Ponant's resumption of cruising in New Zealand has been paused becaues of an immigration issue, despite meeting the guidelines of the country's Ministry of Health. The current Kiwi-only cruise season on La Laperouse, which was scheduled to begin February 8, is now in limbo.

"This is a significant and devastating blow to the New Zealand tourism industry and to all those businesses that were relying on this one cruise ship to bring them some small glimmer of hope in the resurgence of regional cruise tourism," the New Zealand Cruise Associatoin said in a statement. "Of course, the 700 Kiwi guests who had planned on enjoying a voyage will be most upset too."

Cruise Critic will continue to keep tabs on this breaking story.

(12:55 p.m. EST) -- While operators of large cruise ships struggle to get operations off the ground, small ship operators are slowly resuming service in Australia and New Zealand.

Australian small ship operator Coral Expeditions recently completed its first Tasman voyage aboard Coral Discoverer with just 45 passengers onboard. The 16-night "Circumnavigation of Tasmania" cruise marked Coral Expeditions' marked the start of the company's summer season in the region and followed on the heels of its successful Great Barrier Reef cruises that operated in October.

Coral Expeditions SailSAFE protocols called for all passengers and crew to undergo a pre-cruise health screening; a COVID-19 PCR test; and completion of Tasmania's mandatory e-pass prior to entering the state.

"We were blessed with a fantastic weather window for our first voyage of the new year and our guests were thrilled to escape into nature," said Coral Expeditions' commercial director, Jeff Gillies. "The success of this voyage augers well for the year ahead and continues to build our confidence in what remains uncertain times."

Coral Expeditions isn't alone in restarting operations in the region to local passengers only. Across the Pacific in New Zealand, small-ship expedition operator Ponant has been granted conditional approval to send its small-scale luxury expedition vessel, Le Laperouse, to New Zealand to restart operations exclusively for New Zealanders beginning February 2021.

"Our excitement is two-fold," stated Sarina Bratton AM, Chairman Asia Pacific for Ponant. "Firstly, to have the opportunity and privilege to offer 'Bubble Expeditions' for Kiwis, enabling exploration of some of the most remote and inaccessible parts of that country, so rich in natural beauty and extraordinary wildlife. And secondly, to support our partners and deliver economic benefit to New Zealand.

"Whilst presently in Australia we cannot travel internationally, I am so pleased that Ponant is once again able to offer Kiwis local expeditions to visit remote and often difficult to get to parts of New Zealand. Ponant's relaxed, refined and French-inspired style complements this extraordinary experience."

Ponant and sister-company Paul Gauguin have collectively operated over 60 voyages over the past six months. Permission to operate in New Zealand was granted by New Zealand's Ministry of Health after what Ponant says were "months of engagement" with the ministry.

Ponant joins Heritage Expeditions, which has been running cruises for New Zealanders only on its ship, Spirit of Enderby, since November 2020.