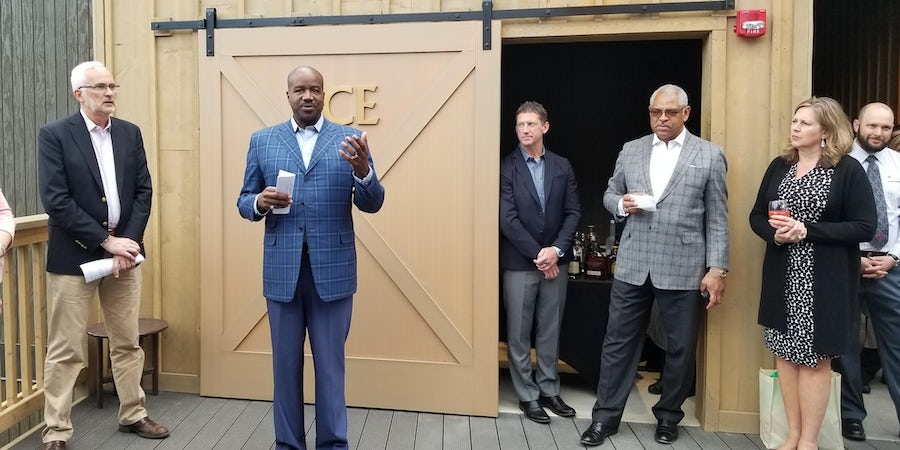 (12:10 p.m. EST) -- In another sign that Azamara will continue on a growth path under its new owners, former Holland America Line President Orlando Ashford has joined cruise line as executive chairman.

Ashford's appointment is set to begin as soon as Azamara ownership transfers from the Royal Caribbean Group to Sycamore Partners, a private equity firm that announced last week it had bought the small-ship line for $201 million. The sale is expected to close before March 31, the end of the first fiscal quarter.

While Azamara loyalists, who love the line for its country-specific itineraries and intimate onboard atmosphere, were worried at first about the sale, the subsequent news that Sycamore had purchased the former Pacific Princess to grow the fleet from three ships to four was heartening.

A long thread about the new ship on the Cruise Critic's Azamara message board was full of cheer and positivity.

"Exactly the kind of news we needed," Cruiser670 wrote. "That sure lifts the spirits today," echoed combine.

Bringing Ashford to Azamara will also influence the brand's growth. The news release from Sycamore announcing his appointment cited his experience in cruise, and noted that he would be working with line President Carol Cabezas.

Ashford's tenure at Holland America was notable for the numerous partnerships that he brought the line. He oversaw the brand's renewed focus on food and entertainment, updating the Culinary Council with new celebrity chefs and bringing more music onboard with the addition of venues such as the Rolling Stone Rock Room and Live at Lincoln Center.

He also spearheaded the line's partnership with Oprah Winfrey, bringing her book club onboard and creating special sailings with talk show icon. Winfrey served as godmother of HAL's most recent new ship, Nieuw Statendam. Holland America's fleet also underwent an extensive under Ashford, with updates to many of the ships' public spaces, as well as upgrades to the suites.

Whether Azamara will go down a similar road under Ashford's leadership remains to be seen. All four ships in the fleet are vessels built for the defunct Renaissance Cruises, known as "R-class ships," between 1998 and 2001. The ships are cozy, at 684 passengers, and have a loyal following among cruisers. (Oceania Cruises has the other four original R-class ships.).

For years, Azamara was led by industry veteran Larry Pimentel, who leaned into the fact that the smaller ships could go into smaller ports. The line jumped on the experiential travel trend before its competitors, promoting "destination immersion" and adding longer and overnight port stays.

As other lines began doing the same thing, though, Azamara lost some of its edge to brands that could offer newer ships, fresher refurbishments and more itinerary choices.

With a new ship, new owners and a leader known for shaking things up, though, Azamara could regain momentum.

"We are pleased for Orlando to take on this role as Azamara embarks on its next chapter supported by Sycamore Partners," said Stefan Kaluzny, managing director of Sycamore Partners. "Orlando brings significant leadership experience as well as specific expertise in the cruise and travel industry, making him well-suited to serve as Azamara's Executive Chairman."

Said Ashford: "I am thrilled to be appointed to the role of executive chairman at this exciting time for Azamara, having long admired the business and the brand. I believe Azamara is uniquely positioned in the industry, and I look forward to executing on our shared vision for growth. Together with the Azamara team, we'll focus on offering Azamara's loyal customers more of what they have come to know and love."