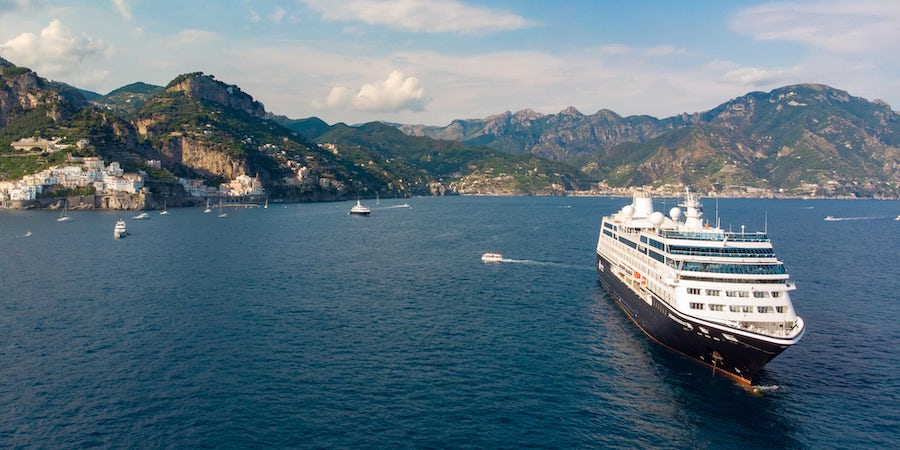 (12:20 p.m. EST) -- In a nice commitment to expansion, Sycamore Partners, the new parent company of Azamara, has announced it has acquired the former Pacific Princess from Princess Cruises.

The ship, which was constructed for the former Renaissance Cruises in 1999 as R Three, is identical to Azamara's three existing vessels, Azamara Journey, Azamara Quest and Azamara Pursuit.

The news comes just days after Royal Caribbean Group announced the sale of the boutique cruise brand to Sycamore Partners, a private equity firm specializing in consumer, retail and distribution investments, for $201-million.

Two days later, Princess Cruises announced it had sold Pacific Princess, the smallest vessel in its fleet, to an "undisclosed buyer."

The acquisition of Pacific Princess by Sycamore Partners brings renewed optimism that the firm intends to operate Azamara as a "going concern" and retain its status as an operational cruise line.

In a message sent to consumers from Azamara's CEO Carol Cabezas, the company revealed the yet-to-be-named vessel would enter service in Europe in time for the 2022 cruise season.

"Prior to our return to service, we will complete a bow-to-stern refurbishment that will echo the soft, natural tones and elegant touches of her sister ships with a few new onboard elements," said Cabezas in a statement. "And, of course, you can expect those same intimate experiences and personalized touches Azamara is known and loved for."

"A really positive piece of news," writes royallondon. "Not least for the staff for whom new opportunities and security should now be secured."

"Exactly the kind of news we needed," writes Cruiser6270.

Azamara's Cabezas hinted at more good news to come, including the reveal of itineraries and refurbishment plans.

"Stay tuned in the coming months to learn more about our newest boutique hotel at sea with sneak peeks on interiors, itineraries, and more," she wrote. "We hope you are as excited for the future as we are and we can't wait to embark into this new world with even more opportunities for deeper immersion."