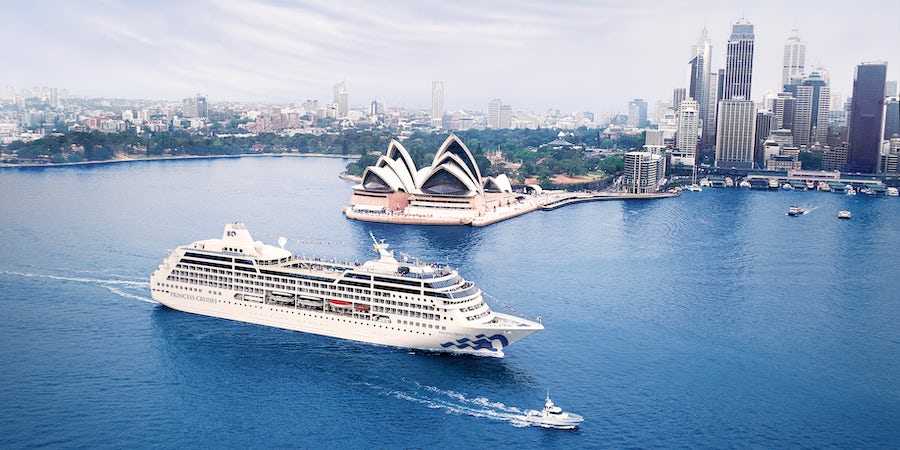 (3:10 p.m. EST) -- One thing we can say with certainty is the movement in the cruise world never stops, even if there is a worldwide pause on passenger sailings.

Your favorite ships continue to be sold, scrapped and -- in some cases -- (hopefully) getting ready for a restart around the world.

Here's a round-up of what's happened this week -- and we expect a lot more news before cruises restart.

One of the big stories this week was the beloved Princess Cruises ship, Pacific Princess, has been sold.

The sale, to an undisclosed buyer, is part of Carnival Corporation's efforts to remove less-efficient ships from the corporate fleet. The sale is no surprise; at 670 passengers, Pacific Princess is the smallest vessel in the Princess fleet and had been notably missing as one that would be receiving the line's OceanMedallion updates.

To the UK, where -- as we have reported over the course of the past nine months or so -- a number of cruise ships are moored off the south coast.

Cunard's Queen Victoria is one of those ships. The vessel set sail from her safe anchorage a number of weeks ago, sparking rumors that it might be preparing for service.

Alas, it was not to be; Cunard is now paused till May. According to

, Queen Victoria rejoined fleet mate Queen Mary 2 back in the bay this week.

There are currently eight ships moored in Weymouth Bay, including four Holland America Line ships: Zaandam, Eurodam, Volendam and Oosterdam and Marella Explorer 2. In nearby Babbacombe Bay, there are two P&O Cruises ships -- Arcadia and Ventura -- as well as Marella Explorer and the two Cunard ships.

Storm in a Port

The ships are all off the south coast because of its relative shelter and of course proximity to Southampton for refuelling and supplies.

But for some ships, it wasn't sheltered enough.

The UK's first named storm of the year, Storm Christoph, hit the bay hard, -- so hard in fact that it tore the anchor off Marella Explorer 2:

"We can confirm that yesterday (January 19), Marella Explorer 2 lost her starboard anchor in Torbay," a spokesperson said.

"Due to the weather conditions, engines and a second anchor were available on standby and the ship was able to be secured quickly without damage.

"The anchor will be recovered and an investigation will be completed before it's reinstated to the ship."

Off to the Scrapyard

Some sad news for fans of classic Carnival ships, as Cruise & Maritime Voyages' Magellan, heads to the scrapyard in India. Magellan was once Carnival Holiday, and you can spot its distinctive "whale tail" funnel, the Carnival signature.

Greek ferry company SeaJets had purchased Magellan, but has decided it was worth more as scrap.

Magellan/Holiday will be joining Celebration, which is already in the process of being scrapped.

Both are part of a growing list of ships that Carnival Corp. has been offloading for the past nine months.

To Australia, where P&O Cruises Australia will be picking up the former Star Princess. The ship has arrived in Singapore where it will be fitted with its brand-new signage ahead of it joining its new fleet and being renamed Pacific Encounter, according to