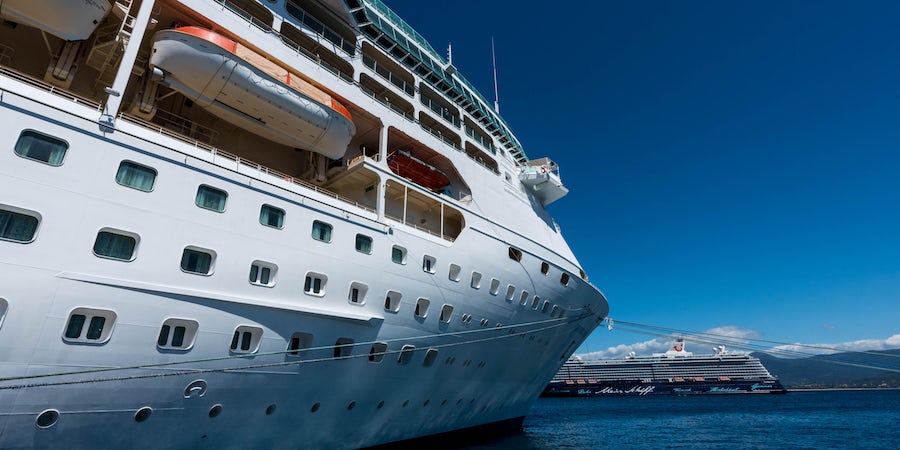 (10:50 a.m. EST) -- The cruise world may seem to be at a halt right now, but that doesn't mean there isn't an awful lot going on behind the scenes.

Ships are being sold, scrapped and -- in some cases -- (hopefully) getting ready for a restart all across the world.

Here's a round-up of what's happened this week (and we expect a lot more before cruises restart).

Another Ship Headed for the Scrapyard

The past few months have been filled with heart-breaking images of much-loved ships lying side-by-side deserted on Aliaga beach, Turkey, ready to be picked apart.

The 1,928-passenger Costa Victoria -- though headed for a similar fate -- was bought by Genova Transporti Marittimi, to be scrapped in Italy instead.

It seems as if the Italians have abandoned plans for a ship scrapyard, however, and resold the ship -- to Turkey, where it will join some former fleetmates on that same beach, according to

It's a sad end for one of Costa's most distinctive vessels: Built in 1996 at the Bremer Vulkan yards in Germany, it was easily distinguished by its banks of windows at the front of the ship that gave way to a multi-story observation lounge. It was to have had a sister ship named Costa Olympia; instead, that vessel became Norwegian Cruise Line's Norwegian Sky.

Keeping the Lights On

You may well have heard the phrase "cold lay up" and "warm lay up" and quite rightly wondered what they mean.

A cold lay up means that the ship is taken out of service and is moored or anchored at a safe place. It will have a skeleton crew onboard, but cannot be put into service at short notice.

A warm lay up means a ship is lying idle, but has more than a skeleton crew onboard and -- crucially -- can be brought back into service at short notice.

Which is how we arrive to two Royal Caribbean ships -- Rhapsody of the Seas and Grandeur of the Seas, which have both been given permission by the British Virgin Islands to remain in port for an initial period of 30 days on warm lay ups.

"We are very grateful of the support from the Government of the BVI and the community of Tortola to support the lay-up and supply of our vessels during these challenging times," a statement from Royal caribbean read. "It has been particularly difficult to find adequate ports to facilitate the minimum ship services required to operate our vessels during the lay-up period and with this decision the BVI joins a selected group of Caribbean countries that have extended support to service our ships during the pandemic."

The agreement is the ships can refuel, take on provisions and if necessary get back into service between 30 to 60 days -- should the need arise. Tortola is also of course significantly nearer to Barbados -- where Royal has just confirmed Grandeur will be based out of -- than to Miami.

Any Port in a Storm

Another ship headed into port is Nieuw Statendam, which arrived to Port Everglades yesterday (1/10) and will be heading out again by the end of the week. Cruise Critic readers posted photos of the ship coming in via webcam on the Holland America Line forum.

But what's it doing? Cruise Critic members wonder: Could it be getting supplies or as Vmax1700 opines: "She is not scheduled to leave until Friday evening. That is an unusually long time for her to be in port. Maybe working on CDC approvals?"

The thread also notes that Celebrity Edge is in port, too.

Cruise Critic readers continue to follow their favorite ships around the globe, and the eagle-eyed among them will notice if something seems a little off.

Which is exactly what happened when Norwegian Escape pulled into Genoa a couple of days ago with a huge scratch just below the turtle painted on its hull. See what it looks like here.

According to reports from Crew Center website, the ship hit the outer pier as it was leaving Civitavecchia, creating a huge scratch along the starboard side, at about Deck 5 level.

The ship will be in Genoa for a bit of bodywork, or as Peter1694 states: "Just need a lil' duct tape. Maybe a little gorilla glue."

And it's not the first time this has happened as CC Member Bird Travels points out: "The ship has no luck... she hit the dock at Harvest Caye last January 2020 forcing future cruises to tender (until COVID suspension)."