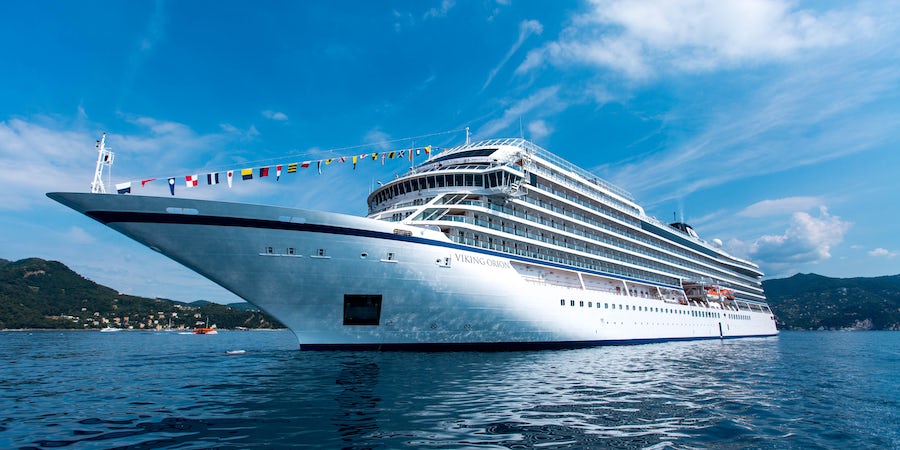 (12:43 p.m. EST) -- Viking Cruises chairman Torstein Hagen has unveiled sweeping new health and safety protocols for the popular river and ocean cruise line.Developed in coordination with a team of 23 individual advisors, Viking's protocols are comprehensive, covering every stage of passenger's journeys with the line.New measures will include daily PCR testing for all Viking passengers and crew, processed in full-scale laboratories dedicated for Viking. Viking recently introduced the world's first oceangoing PCR testing laboratory at sea aboard Viking Star.Unlike some PCR tests that rely on nose swabs, the ones employed by Viking will be done by taking saliva samples, which are far less invasive. The line said that the FDA and CE tests will be conducted by delivering small plastic tubes to passenger cabins. The passengers take the sample in their room and then package it up in a provided plastic pouch, which is delivered to the lab by a crew member for processing. If a test does come up positive, a second test will be performed to confirm the first.{#widget:image|decorators:article_image|image:4725|title:Viking Star Cabins|description:Viking Star Cabins#}Other measures include new air purification technology installed onboard all of Viking's vessels. Air throughout the ship will be treated with UV-C light, which kills 99.9 percent of viruses and bacteria in the air. The company notes that all Viking ships have always featured independent air handling units in each guest cabin.Other measures include smaller group transfers from airport to ship; staggered embarkation times; mandatory health checks and screenings; daily health questionnaires and temperature checks for all passengers and crew; social distancing measures; and mandatory masking requirements for all passengers except when seated in restaurants, bars and lounges.For its river cruises which are never out of reach of land, Viking has launched a hotline staffed with doctors that is available around-the-clock.Viking notes that only Viking-sponsored excursions will be offered in ports of call, though the line has already had a long history of offering inclusive and semi-inclusive excursions on its river and oceangoing voyages. While ashore, Viking has committed to adhering to guidelines from local health officials and will regularly test and train every local partner, including guides and motorcoach drivers.{#widget:youtube|embed:hSh5nNXuj6A#}"Over the past few months, we have all missed the opportunity to travel the world," said Hagen in a video statement posted

. "I want to share with you that we have implemented the very highest standards and precautions onboard our ships, to ensure that travel with Viking is as safe as it can be in 2021."Viking is notably not part of CLIA, the Cruise Lines International Association, which counts most of the major cruise brands among its portfolio. As a result, Viking has been left with the ability to tailor its own health and safety precautions to suit its fleet of smaller oceangoing and river vessels.The line was the first to suspend operations in March 2020 once it became apparent that the COVID-19 pandemic was spreading worldwide. It has also been more pragmatic about its cancellations, opting for more cautious and realistic timelines. Viking has currently said that it will not resume cruising until the end of March 2021.CLIA has so far adopted the health and safety protocols set forth by the Healthy Sail panel formed by Royal Caribbean Group and Norwegian Cruise Line Holdings. While many of the Healthy Sail panel's recommendations are similar, they stop short of requiring full PCR tests for passengers and crew on a daily basis, and do not have dedicated laboratory services onboard.PCR testing for COVID-19, however, is required at embarkation for all CLIA-member lines.{#widget:image|decorators:article_image|image:2868|title:Viking Orion|description:Viking Orion#}