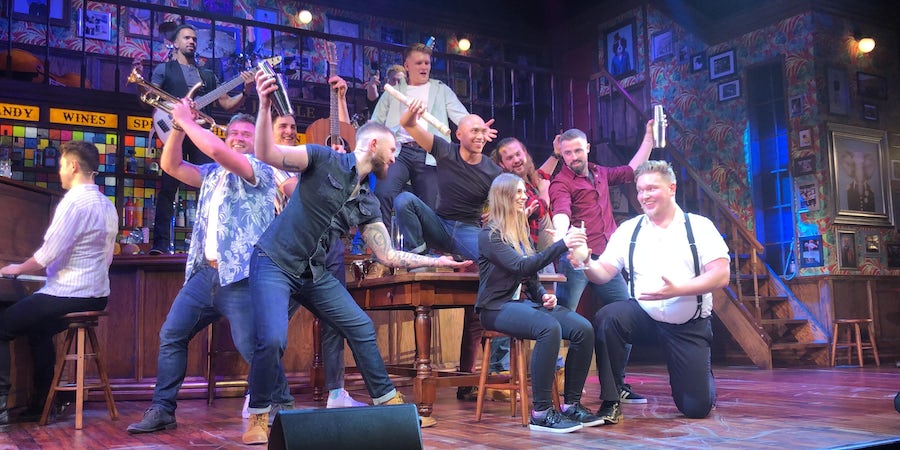 (11:20 a.m. EST) -- Although live entertainment has been one of the industries most affected by the COVID-19 pandemic, Norwegian Cruise Line Holdings is hoping to restart rehearsals for the shows on its three cruise lines in January.

In a virtual press conference, the company's SVP of Entertainment and Cruise Programming Richard Ambrose discussed the challenges -- and the possibilities -- involved in restarting live entertainment onboard.

Getting a live show ready for a cruise ship takes a full 90 days, with most of the staging, costuming and rehearsals taking place at NCLH's 10,000-square-foot studio complex in Tampa, Ambrose said. The company plans to begin rehearsals in January, although Ambrose noted that many factors concerning restart were still unknown.

Norwegian Cruise Line is due to restart operations on March 1, although some ships will not resume operations until the end of March.

Between the three brands, the company has between 36 to 40 different shows in rehearsal at once. Ambrose outlined the steps that need to be taken just to gather cast and backstage crew together in Tampa.

COVID-19 testing will take place before the employees board the plane in Tampa, he said, and everyone would be tested regularly. "We are creating bubbles" for each show, he said, where the cast and behind-the-scenes workers will be housed together, transported together and work within the same studio.

"There's no cross-pollination of the ships," Ambrose said. "We will keep them in that bubble."

The bubble for performers will continue once they get on the ships, with weekly tests and procedures to keep them separate from the rest of the crew, he said.

Staging a show with COVID-19 precautions does require some changes, although the audiences won't notice many of them, Ambrose said. In Kinky Boots, for example, the actors doing their solos may not sing directly into their co-stars' faces but angle off to the side.

Performers onboard will not wear masks, although the technicians and wardrobe people will, with the latter even donning shields, he said. "We got permission from the CDC" to not require masks for actors, Ambrose said.

Wearing masks on stage "doesn't make sense," he said. "At one point they were going to make us do it….We believe we have a safe system to protect the cast and crew from COVID."

This stands in contrast Royal Caribbean's head of entertainment, Nick Weir, who specially designed masks for cast as part of their costumes for their return on Quantum of the Seas earlier this month.

"It will take four to six weeks to get everything up and running," he said. Capacity in the theater will also be lower, with more shows being scheduled as a result.

"As a guest, you will experience the same quality."

Beyond the main stage, changes are still being worked out for smaller venues such as the Cavern Club. Shows that have cast-audience interaction will have to be adjusted, he said. "We have to separate people," Ambrose said. "We can't have the intermixing between cast and guest."

The press conference also featured actor Alan Mingo, who stars as Lola in "Kinky Boots," the main show on Norwegian Encore. He also is a featured performer in the next Norwegian EMBARK livestream show: Live From Broadway, which debuts on December 17 at 9 p.m. EST. (It will be available on demand afterward).

The Live From Broadway show was filmed in a studio with eight main singers and another 15 musicians and other workers. Besides the performances, which will be presented cabaret-style, the 40-minute show will feature interviews with the performers about how they are surviving this difficult time professionally.

"It wasn't until we started rehearsing that you realized how much you really missed it," Mingo said.

Wearing the six-inch thigh-high boots also requires practice. "The minute I put them on, my legs seized up," Mingo said. "You can't just pop them on and go jaunting down the street."

Mingo said that the new COVID-19 protocols would not dissuade him from getting back onstage a cruise ship.

"It's our New World that we're living in now," he said. "As a performer who loves to do what I do,. I'm excited to get back in front of an audience. These requirements that we have to deal with it is the way of life until we have the vaccine."

Added Ambrose: "(The virus) has been tragic for the cruise industry but if you look at the entertainment industry, especially the live entertainment issue, it's been catastrophic. There' s no work.…(opportunities like the livestreams) let them do what they do."