You may also like
Dismiss
Norwegian Cruise Line Holdings Has No Plans to Sell Its Ships
CDC's No-Sail Order for Cruise Ships Expires; New Date Is October 31
Carnival Corp. Reports Strong 2021 Bookings, Confident About US Cruise Restart Before Year End
Where's That Ship? Updates on Cruise Ships Worldwide
Norwegian Cruise Line Holdings Issues Proposal to CDC for July 4
Norwegian Cruise Line to Resume Sailing with Ships in Caribbean, Greece
CDC Hints That Cruising from U.S. Could Return as Soon as Mid-Summer
CDC Meets with Cruise Industry, White House as Calls for Restart Grows
Is a July 4 U.S. Cruise Restart Still Possible for the Industry?
What Does the Legal Wrangling Between Florida and the CDC Mean For Cruisers? 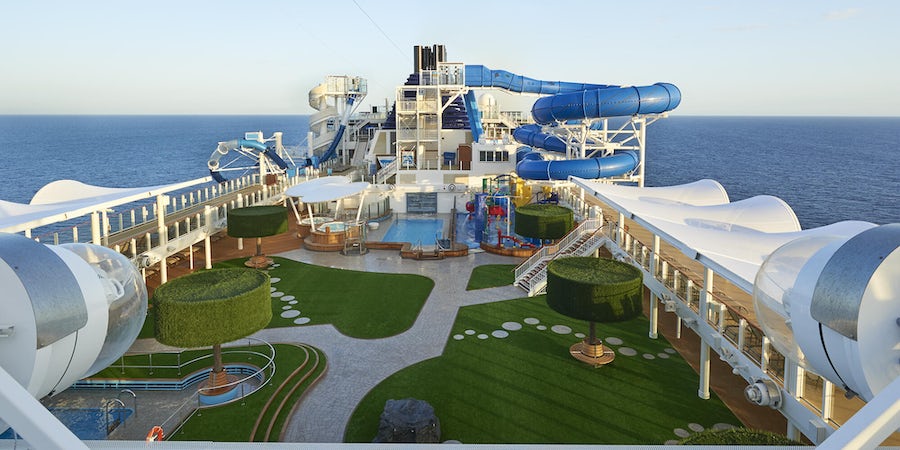 Norwegian Cruise Line Could Restart Voyages in Europe Before Sailings in the U.S.

(1:35 p.m. EST) -- Norwegian Cruise Line has indicated that a restart of cruise may come in the form of sailings within Europe rather than the United States.In an article first reported on the

website, a letter sent to the company's senior shipboard officers indicates that a decision could be made by the end of the first quarter of 2021 (March 31) as to whether sailings in Europe might be ready to proceed as scheduled.If the line does restart cruises outside the United States, it would be following competitors Carnival Corporation and Royal Caribbean Group. Carnival Corp. ran cruises this fall on Costa Cruises in Italy as well as on its German line AIDA, while Royal Caribbean was able to restart its TUI joint brand for Germans and also begin operations in Singapore. Norwegian Cruise Line recently cancelled all sailings until February 28, 2021. Sailings aboard Norwegian Spirit, Star and Dawn were previously cancelled until the end of March 2021.{#widget:image|decorators:article_image|image:5931|title:Norwegian Dawn (Photo: Cruise Critic)|description:Norwegian Dawn (Photo: Cruise Critic)#}"The decision to cancel additional sailings was necessary to allow us more time to work with CDC in referring our "Return to Sail" plan under Phase 1 of the Conditional Sail Order," states Norwegian Cruise Line's letter to officers. "As we approach the end of the first quarter in 2021, we will also start to evaluate the conditions in Europe for the normal seasonal repositioning of vessels and could possibly launch ships in Europe before sailing again in the US."We have started the process to reassemble our crews, with both Norwegian Escape and Norwegian Joy being used as a transport ships and will deploy them once we are certain of the ships that will re-enter service first. This has been a difficult process as you all are aware and many of the crew on their way to the vessels will be used to expedite the rotation for those who had to remain on board for extended contracts."{#widget:image|decorators:article_image|image:2531|title:Norwegian Spirit|description:Norwegian Spirit#}Photos posted to various social media sites show crewmembers lined up for charter flights to Montenegro to join Norwegian Spirit, while other crewmembers are shown lining up to embark Norwegian Joy during a recent call in Manila.Crew Center cites plans for crew joining Norwegian Spirit to eventually transfer over to Norwegian Encore and Norwegian Bliss, both of which are positioned off the UK.The European cruise season typically begins in late March and runs through the fall months. Norwegian currently offers a number of Mediterranean and Northern European itineraries for the 2021 season, with some beginning as early as April 5.Many cruise lines operating in the United States are still grappling with the complex "Framework for Conditional Sailing" issued by the U.S. Centers for Disease Control and Prevention (CDC) on October 30. Those orders still have numerous hurdles for cruise lines to overcome, including a lack of detail provided by the CDC around numerous new regulations, along with clarity on back-to-back voyages, test cruises, quarantine requirements, and a myriad of other details.Cruise Critic has reached out to Norwegian Cruise Line for comment and will update this article as information is available.