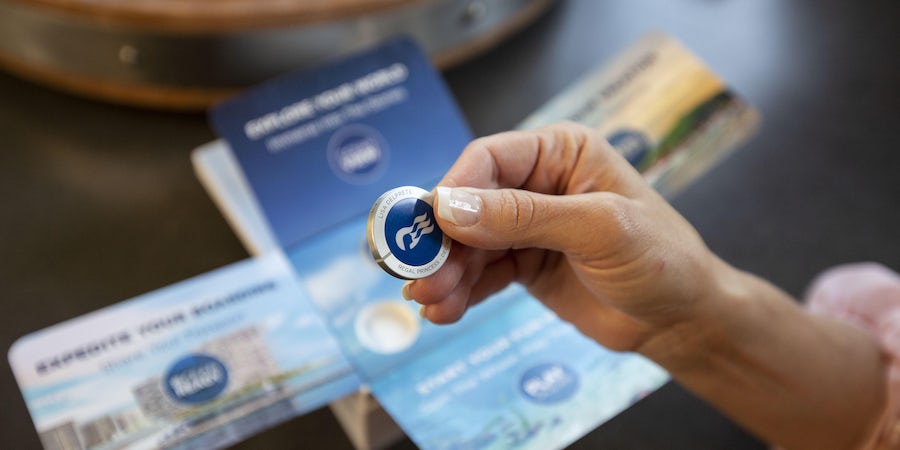 (12:25 p.m. EST) -- Princess Cruises will expand its touchless Medallion Class technology to more ships in its global fleet as it prepares for the eventual restart of cruise operations.

During the operational pause brought about by the ongoing global health pandemic, Princess announced it has transformed several ships in its fleet to be compatible with its Medallion Class technology. Refitted ships include Coral Princess, Diamond Princess, Emerald Princess, Grand Princess, Island Princess, Majestic Princess and Sapphire Princess.

The line's forthcoming Enchanted Princess will be outfitted with the technology when it debuts.

The move means that all Princess ships will now be Medallion Class, except for Pacific Princess, the smallest vessel in the line's fleet.

"Innovation is allowing us to pair guidance from public health experts with the unparalleled touch-free capabilities of the OceanMedallion honoring our commitment to health and safety, while continuing to reinvent and simplify the experience all together," said Jan Swartz, president of Princess Cruises.

Using the line's OceanMedallion -- a wearable device that replaces the traditional keycard -- Princess' newly-refitted ships will be able to offer a number of new touchless technologies that, while originally developed for the convenience of guests, are finding new importance in supporting the line's health and safety protocols.

This includes using the OceanReady app prior to leaving home to upload travel documents like passport information, complete health questionnaires, take a security image, and establish a form of onboard payment in order to be expedited through the embarkation process.

The process, which Princess calls "Truly Touchless", is designed to reduce contact and avoid crowds.

Passengers will now complete their muster drill electronically as well, viewing a safety video on their mobile device or via their in-stateroom television set. Passengers will digitally check-in by visiting their designated muster station, while OceanMedallion handles the check-in and verification process.

The vessel's officers are then able to digitally confirm when all passengers have checked-in to their muster station, at their leisure, thereby eliminating the need to gather in crowds prior to the vessel's departure.