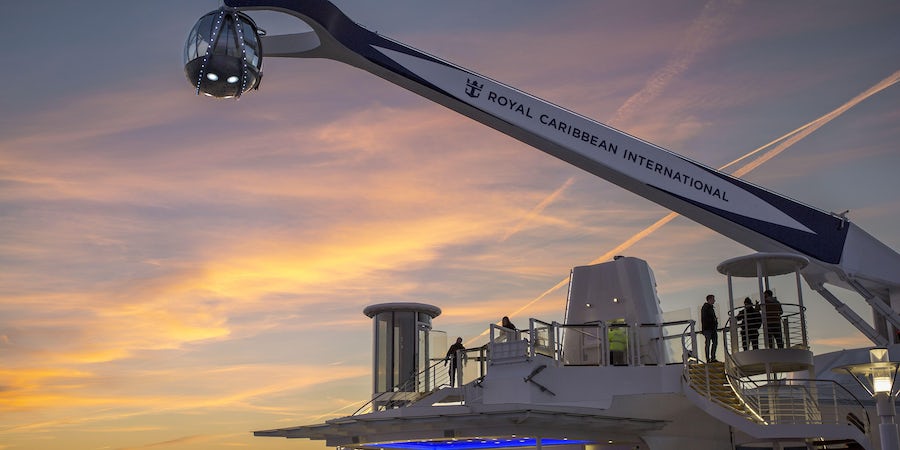 Royal Caribbean Reveals Who Will Get Onboard Its First Test Cruises as Volunteer Numbers Top 200,000

(1:15 p.m. EST) -- Royal Caribbean's "Pinnacle" passengers -- those who are at the very top of the line's Crown & Anchor loyalty program -- will be the first to be invited on the line's trial cruises.Speaking at the International Cruise Summit in Madrid, Royal's CEO and President Michael Bayley said: "We haven't figured out our protocols yet for the volunteers but certainly loyalty status will be a key selector."Our top tier has the name of Pinnacle and they've cruised with us a gazillion times … they'll be amongst the first to receive the invitation."It is believed that Royal Caribbean Group staff, relatives, travel agent partners and other tier members of the line's loyalty program will also be invited to join a test cruise.One of the guidelines from the US Centers for Disease Control for a safe and healthy return to sailing is test cruises -- with volunteers.As a result, a lot of people started to contact Royal to find out how to sign up, and Royal launched "Volunteer of the Seas", as Bayley explains:"I then went ahead and posted it on our

and within about a week maybe 10 days we had close to 200,000 volunteers."So it was a very positive response, it was a little tongue in cheek but I think it speaks to the kind of enthusiasm -- not only Royal Caribbean but all of the cruise lines in our industry -- the kind of loyalists we all have and the enthusiasm from which our customers think about cruising."He added: "It was a happy and positive response from tens and tens of thousands of people who want to get back to sea."And only yesterday,

, the line revealed the test cruises have already taken place in Singapore on Quantum of the Seas, which had its first cruise with paying passengers today.And the test cruises with volunteers, will also take place in Europe before the ships begin sailing there during the 2021 season, confirmed Ben Bouldin, U.K. Managing Director and Vice President of EMEA.Keen to be a test volunteer?