You may also like
Dismiss
Coronavirus: Updated Cruise Ship Policies and Cancellations Because of COVID-19 (2021)
Hurtigruten Ramps Up Return to Cruising With Most of the Fleet in Service by September
Rolling Out the Deals: Why Now Might Be a Great Time to Book a Cruise
Wave Season Cruise Deals 2021
"Cruising With…" Set to Return Next Year -- But Without Jane McDonald
U.K. Black Friday & Cyber Monday Cruise Deals -- Extended
Emerald Cruises Officially Launches in Australia
MSC Virtuosa to Return for Line’s Biggest Ever UK Season, MSC Cruises to Base Ship in the UK Year Round in 2022
MSC Cruises Extends Seasons of MSC Virtuosa Cruise Ship in the UK, MSC Bellissima in Dubai 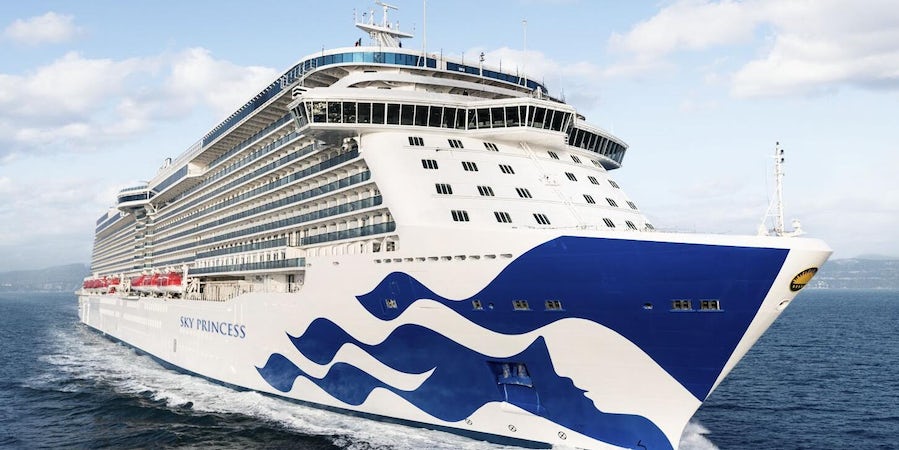 (6 p.m. GMT) -- Princess Cruises has revealed details of its longest-ever season for summer 2022, which will also see Sky Princess becoming the largest Princess ship to homeport in the UK

The 3,660-passenger vessel, which joined the fleet in October 2019, will be joined in Southampton by Crown Princess, which will offer round-trip British Isles sailings.

There will be three other Princess ships in Europe in 2022 -- Regal Princess, Island Princess and Enchanted Princess, the fifth ship in the line's Royal Class which was originally set to launch in June this year and was delayed due the pandemic.

At the same time Princess, along with a number of other lines, has announced it is cancelling global cruises until the end of March, 2021.

Sky Princess' season will also include the most cruises during school holidays -- seven in total -- including a seven-night half-term cruise to Scandinavia in June which will coincide with the extra Bank Holiday to mark the Queen's Platinum Jubilee. Other itineraries include a 24-night Canada and New England voyage departing in September with an overnight stay in New York.

Meanwhile, due to Covid-19 and guidance from the U.S. Centers for Disease Control the line has announced it will further extend the cancellation of all cruises until the end of March 2021 and all ex-U.S. cruises which are longer than seven days to November 1, 2021. Sailings from Japan are also cancelled through June 25.

Jan Swartz, President of Princess Cruises, said: "We are focused on preparing our ships to meet the CDC health and safety requirements for our eventual return to service."