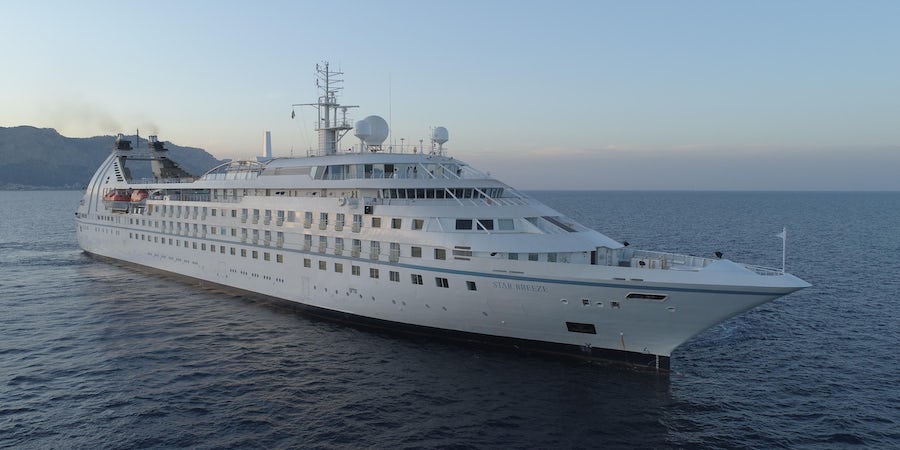 The ship is the first of three to be stretched and upgraded as part of Windstar Cruises' new $250-million Star Plus Initiative.

Not only was the ship cut in half and lengthened by 84 feet, but it was also outfitted with newer and more efficient and eco-friendly engines. Cruise ship lengthening's aren't all that rare; re-engining a vessel, on the other hand, is. It is a complex and costly procedure that will extend the life of Star Breeze and its fleetmates, Star Legend and Star Pride.

Perhaps most importantly during these COVID-19 times, Star Breeze comes complete with 79 HEPA filters with UV-C irradiation built in that are designed to trap and kill coronaviruses like COVID-19.

This refit has been a long time coming for both Windstar Cruises and Star Breeze. The former Seabourn ship went into drydock at Fincantieri's Palermo shipyard last October and was due to undertake its first post-refit voyage on February 20 of this year.

In December 2019, however, Windstar discovered asbestos during the refit to the 1989-built vessel, forcing the cancellation of 20 sailings. Star Breeze was due to restart cruising operations in May.

Then COVID-19 hit, and caused delays to cruise ship refurbishments around the world.

Sister-ships Star Legend and Star Pride will also undergo a similar refit, with both vessels set to be completed during 2021.