You may also like
Dismiss
Coronavirus: Updated Cruise Ship Policies and Cancellations Because of COVID-19 (2021)
Just Back From Hurtigruten's Finnmarken: The First Cruise Ship to Set Sail, Post-Covid
Norwegian, Royal Caribbean Team Up To Create Cruise Health and Safety Protocols
Hurtigruten Ramps Up Return to Cruising With Most of the Fleet in Service by September
What Happens to Cruise Ships During the Pandemic's Hurricane Season?
Marella Cruises Reveals New 2021/22 Itineraries to the US, Caribbean and Asia
Popular Royal Caribbean Cruise Ship To Homeport From Barbados For First Time
CDC to Make Masks Mandatory in Cruise Terminals, Cruise Ships in the U.S.
Norwegian Breakaway Cruise Ship Returns To New York: We Chat With NCL President Harry Sommer
Additional Cruise Lines Opt To Require COVID-19 Boosters 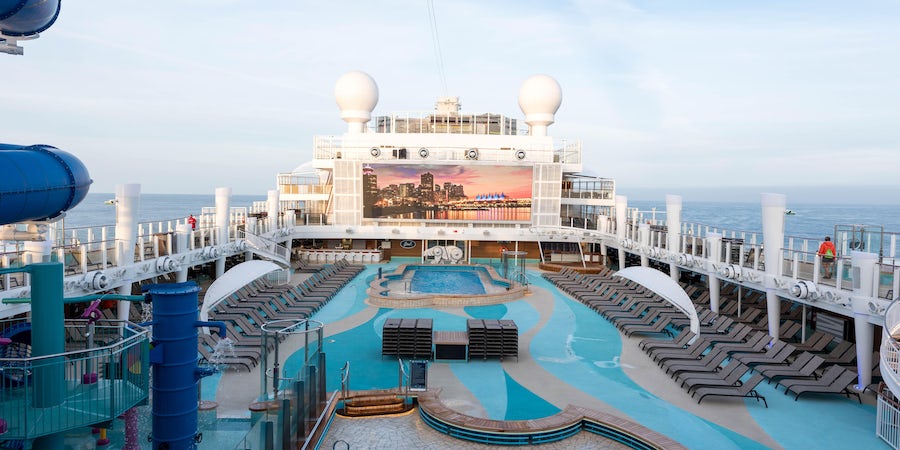 (12:35 p.m. EST) -- The test voyages required as part of the U.S. Centers for Disease Control and Prevention (CDC)'s Framework for Conditional Sailing could start up as early as January 2021, while a full restart of the fleet could still be as many as nine months away, Norwegian Cruise Line Holdings (NCLH) executives said.

The comments were made Tuesday during NCLH's third-quarter earnings call with investors. NLCH reported a GAAP net income loss of $677.4 million for the quarter ended September 30, 2020, and revenue of $6.5 million compared with $1.9 billion in the third quarter of 2019.

NCLH still has $2.4 billion worth of cash and cash-equivalents on hand.

"I look at 2021 as a transition year," said Norwegian Cruise Line Holdings' president and CEO Frank Del Rio. "I believe we will be able to have our entire fleet up and running in the latter half of 2021, so that 2022 becomes the first full year since 2019 where we can operate the fleet for the entire year."

When asked by investors about the new directives from the CDC that were issued on October 30, Del Rio said he welcomed the issuance of the CDC's recent framework and the ongoing dialogue with the organization.

The complexities of the Framework for Conditional Sailing, coupled with a continued lack of details from the CDC, continued to present challenges for the company, however.

"We have a lot of questions to sit down with the CDC to work out," Del Rio told investors. "If you read the order and the sequence that we need to get a vessel ready to start the sailings, we think those sailings could start as early as early January."

"I would tell you that there is a chance that maybe some companies can start these trial cruises in December," said Del Rio. "We don't forecast that we will be wanting to do so until probably sometime in January."

Asked about when NCLH anticipates its first revenue sailing could take place, Del Rio was blunt.

"We simply don't know at this early stage when that is," he said.

Del Rio continued to express willingness to work with the CDC to prove that cruise can continue to operate, safely, in a pandemic environment.

"This is not a race for us," he said. "We want to get this 100 percent right. There is still a lot to learn about the order."

Asked by investors when NCLH anticipates a full or near-full restart of the entire fleet, including Norwegian's Oceania and Regent brands, Del Rio stated that this was still very much being determined by factors outside the line's control, like the prevalence of COVID-19 and restrictions from ports and health authorities, including the CDC.

"We don't have a single ship operating," said Del Rio. "This is very speculative. In terms of how long it's going to take to get the full fleet up and going, my best sense today, given all the uncertainties we still have to work out, is six to nine months."

There are other considerations to restarting the fleet as well that will depend on the timing of the restart, which itself hinges on the scheduling of these test voyages and the eventual authorization to sail from the CDC.

"If ship number 25 is ready to go on September 1, and she normally would have been in Alaska, maybe we don't bring her up on September 1 because the season is almost over," Del Rio said, speaking to bringing vessels back online. "Maybe we wait until the following month when she would have normally been in the Caribbean. Considerations like that are important."

Monday's announcement by pharmaceutical giant Pfizer had a positive effect on bookings for NCLH as consumer optimism was buoyed by hopes for an effective COVID-19 vaccine.

"Bookings in the last 24 hours were pretty good," stated Del Rio. "Better than the previous four or five Mondays. That, I think is attributable to the vaccine news."

Del Rio admitted that the issuance of the CDC's Framework for Conditional sailing and the expiry of the long-standing "No-Sail" order on October 30 did not have a measurable impact on bookings, which remain within historic ranges for the second half of 2021.

When the Conditional Sailing order was issued, it was issued late on a Friday," said Del Rio. "We didn't see much of an uptick -- or much of anything -- given the CDC news. Most consumers, I think, don't follow that level of detail. The vaccine is something that made huge news…so it was front and center in all consumer's minds."

Del Rio concluded by restating his optimism towards the CDC's new framework, the potential for a vaccine to be distributed widely in 2021, and the fact that bookings continue to be driven by repeat cruisers in spite of little to no marketing effort.

"We are encouraged by the CDC's willingness to sit down and discuss the order with us," said Del Rio. "We think that is going to start very soon."