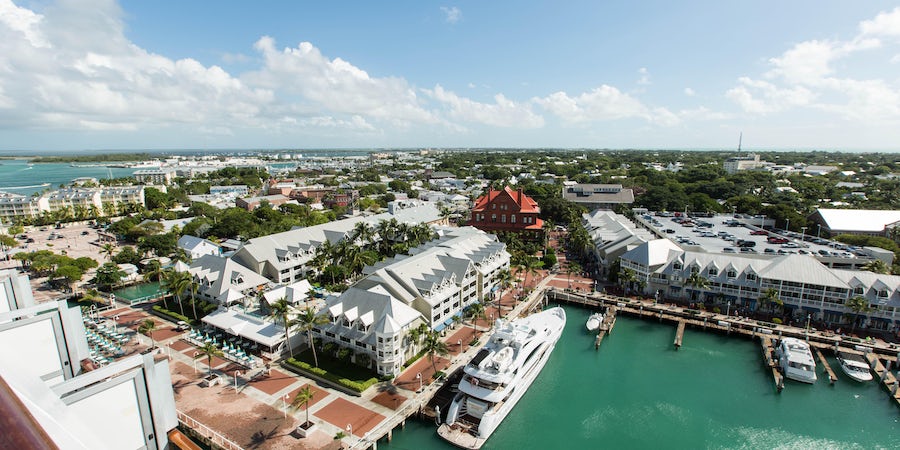 (4:10 p.m. EST) -- In a series of referendums, Key West residents voted to restrict the size and number of ships that can call on the popular Florida cruise port.

The three referendums could have a lasting effect on Caribbean cruises, as Key West is a mainstay on both Eastern and Western itineraries.

Here is a breakdown of the referendums:

Activists within Key West have fought against cruise ships for years, citing overtourism concerns. But a push this year, tied to possible COVID-19 spread from ships, helped get the measures on the November ballot.

The Miami Herald has reported that the measures were already being fought in a lawsuit filed before the election by Pier B Development, which runs one of the town's cruise port facilities. Many local businesspeople, too, had complained that limiting cruise ship tourism in Key West would hurt their bottom line.

"I think this remarkably short sighted on Key West's part, but hey, it's their call. With fewer people travelling because of Covid, I think the last thing you would want to do is further reduce tourism," wrote LadyMac72.

"I have always enjoyed stopping at Key West!," said chill6x6 on the same thread "The restaurants and bars are really a lot of fun to us! Most places are very walkable which is what is great about Key West. It's a shame there won't be any more stops there, at least for any ship I'll be on or have ever BEEN on. I can't see how they WON'T miss the revenue. I bet we spend $200-$300 while in port including one of the trolleys, eating, a few drinks, a couple of attractions, and souvenirs."

"Obviously the locals feel otherwise. And it was their decision," wrote bouhunter. "Key West will survive it always has. We'll be there a few times in January and won't miss the cruise crowds."

Cruisers were already speculating that stops at Key West could be replaced with port visits to private islands such as Perfect Day at CocoCay, Labadee or Half Moon Cay – substitutions that are usually very popular on megaship itineraries.