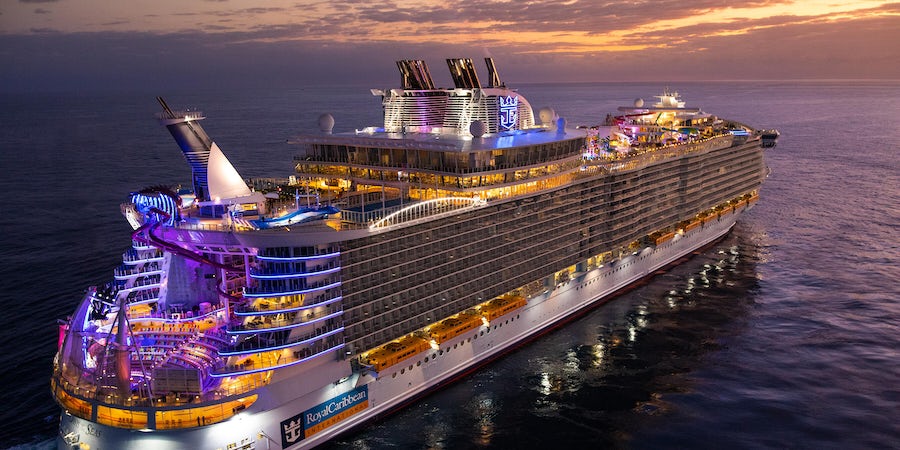 (12:45 p.m. EDT) -- In a less optimistic call than in previous quarters, Royal Caribbean Group reported a $1.3-billion loss for the third quarter of 2020 on Thursday, and remained mum on chances that the current "No Sail" order would be revoked this week.

Although limited sailings had returned to service this fall aboard European subsidiaries TUI Cruises and Hapag-Lloyd Cruises, the company continues to burn through $250 to $290 million per month in hot and cold layup expenses as its global fleet awaits a return to service following the COVID-19 coronavirus pandemic.

Roughly half of all cruisers on cancelled sailings are electing to take cash refunds, while the remaining fifty percent are taking Future Cruise Credits {FCC's). Bookings for 2021 continue to be driven primarily by new bookings, and not FCC usage.

No Comment on CDC's No-Sail Orders; No Timeline for Restart of Cruise

While remaining upbeat about the future, executives were less forthcoming about any immediate resumption of cruise, should the U.S. Centers for Disease Control and Prevention (CDC) elect to let its current "No-Sail" order lapse as scheduled on Saturday.

Executives had previously opined that a return to service in the fourth quarter of 2020 was possible.

Asked repeatedly by investors what would happen with the CDC's No-Sail Order this weekend, Fain politely declined to answer.

"This is a sensitive time," said Fain. "We're not part of their the CDC's process. I think it would be awkward for me, and wrong, to speak on behalf of the CDC."

Asked about the reported meetings between the cruise industry and the White House, Fain again declined comment.

""The conversations I've had are private and I would respect the privacy of those," he said.

Test Sailings, Short Cruises to Be First To Come Back

As alluded to before, Fain confirmed that the first sailings back would be test cruises carrying employees for the purposes of testing the company's new health and safety protocols.

These would then be followed by shorter voyages, likely to Royal Caribbean's Perfect Day at CocoCay private island in the Bahamas. Fain noted that short sailings in drive-up markets would be the norm well into spring 2021.

"This whole concept of the trial voyages is really quite important," said Fain. "We're not just suddenly coming back. It's going to take a while to organize those voyages and we'll have an opportunity to see those protocols in action."

"Then, only on a ship or two at first, we expect to begin sailing again. They will be short cruises with limited destinations and controlled shore excursions."

Executives did not provide an anticipated timeline for restart, nor details about which vessels would resume service first, outside of Quantum of the Seas' upcoming sailings from Singapore.

While reaffirming that several new vessels, including Silversea's forthcoming Silver Moon and sister Silver Dawn, along with Royal Caribbean's Odyssey of the Seas, are still on-track for delivery, Royal Caribbean CFO Jason Liberty told investors that overall capacity will increase, thanks to newer vessels coming online.

"Whether that's ships that will be scrapped or sold to tertiary operators…. the ships that are on order, I think we expect to continue to come online," said Liberty.

"We do continue to opportunistically look at ship sales or scrapping. The question will be: how many ships will be sold or retired or scrapped during that period?"

Liberty did not comment on which ships, if any, could be exited from the company's fleet, though he did note that the longer the company is in an operational pause, the greater the likelihood of that becomes.

Royal Caribbean has already scrapped two vessels from its collapsed Spanish subsidiary Pullmantur, while two Royal Caribbean vessels -- Empress and Majesty of the Seas -- have been the subject of significant speculation over their status in the fleet.

Both are currently at lay-up in the Mediterranean.

Both Fain and Liberty talked at-length about Royal Caribbean Group's Healthy Sail Panel, formed in conjunction with Norwegian Cruise Line Holdings, and again touted its 74 individual recommendations that have been adopted across the industry and submitted to the CDC.

"I'm quite pleased that we're working cooperatively with the experts, and it is my strong hope that this is going to be decided on the bases of the science, not on the politics," said Fain.

"We've operated about 70 sailings now between TUI Cruises and Hapag-Lloyd Cruises, utilizing the protocols that have been put forward by the Healthy Sail Panel," said Liberty. "The number of cases of COVID-19 are exceptionally low. It shows that the protocols do work."

"We are very focused on doing whatever we possibly can for there not to be a situation where we come online and then we have to go offline."

In responding to investors' queries, Fain again reiterated the commitment the cruise industry has maintaining a healthy, safe environment that he characterized as being "safer than you are on Main Street."

"The biggest advantage a ship has is that we have a controlled environment," said Fain,. "The whole industry has accepted to abide by the 74 recommendations from the Healthy Sail Panel.

"No other industry that I know of has agreed to do 100 percent screening of everyone onboard, and I think that's a big art of what makes this a viable project."