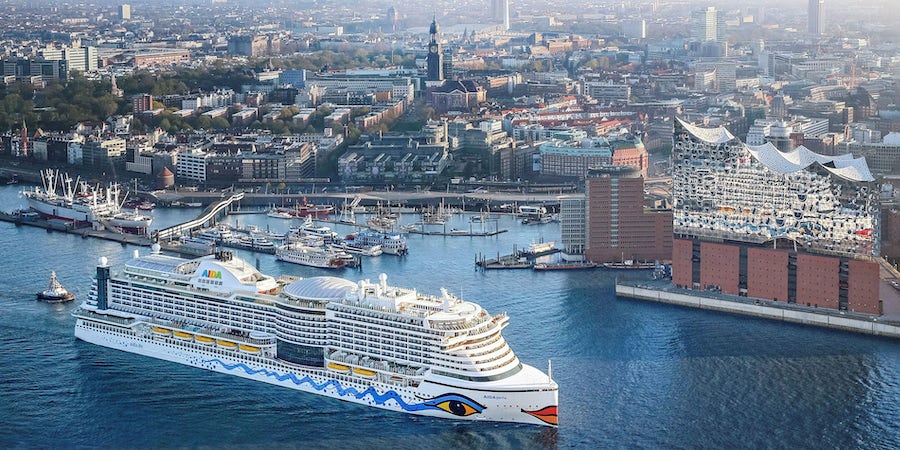 (Updated 2 p.m. EDT) -- New measures being imposed by several European countries threaten the already-limited restart of cruises in the Mediterranean and beyond, as coronavirus cases continue to spike in many parts of the world.

New restrictions imposed by the German authorities on Wednesday have caused Carnival Corporation's German-language brand, AIDA, to temporarily suspend all sailings through November 30. CroisiEurope, which is Europe's biggest river cruise company, has also canceled all cruises through 2020.

COVID-19 cases have been on the rise in much of Europe, including spikes in Germany, France, Italy, Belgium, Spain, the Netherlands and the Czech Republic.

The region has, until now, been one of the few geographical areas of the world where cruises have been able to resume in limited capacity, with lines like MSC, AIDA, Costa, and TUI creating innovative health protocols to ensure the safety of passengers, crew and destination cities.

that will come into effect on Monday, November 2. Notably, these new measures include the provision that "unnecessary travel" is strongly discouraged, and a ban on hotel stays for any sort of tourism purpose outside of business travel.

In addition, Merkel announced that all restaurants and bars would close except for take-out services, and businesses are required to transition back to "work-from-home" operations.

"We are now at a point where… we no longer know where 75 percent of infections come from," said Merkel.

Germany's so-called "lockdown light" seriously threatens the already-limited restart of cruise operators AIDA and TUI, both of which cater to German-speaking passengers.

AIDA had resumed operations in Italy and had previously planned voyages to the Canary Islands that were scheduled to begin next month. TUI had itineraries operating from German ports in Northern Europe, as well as sailings in Greece.

"As a result of Germany implementing far-reaching measures to contain the coronavirus pandemic, AIDA Cruises today announced it will temporarily pause its cruises for November, cancelling all voyages planned between Oct. 31 and Nov. 30," the company said in a statement provided to Cruise Critic Thursday morning.

"This follows the Federal Government of Germany’s Oct. 28 decision to impose further restrictions on public life and travel to limit the spread of COVID-19, which AIDA Cruises fully supports."

AIDA's scheduled December cruises are still slated to operate at this time.

The new German restrictions are in place until the end of November.

"We are following the development in Germany very closely and expressly support the additional measures to contain the corona pandemic," said TUI in a statement to Cruise Critic. "TUI Cruises has been offering cruises since three months now, with more than 30,000 satisfied guests and without any incidents on board thanks to an extensive Health & Hygiene concept, including a mandatory COVID-19-test for all guests.

"The measures announced by the German Government will not bring our ships to a standstill as our cruises do not count as domestic tourism. The trip to and from the respective port of departure is still permitted as transit."

France also issued its own restrictions due to the global health pandemic on Wednesday, including the closure of restaurants, bars and non-essential shops; travel bans between different regions in France; a focus on people staying and working at home; and the closure of all external borders outside the Schengen Zone.

Residents are also prohibited from leaving their homes unless they are purchasing essential goods, seeking medical care, or exercising for one hour per day.

France reported 36,437 new cases on Wednesday, October 28. Its new measures will be in effect until December 1.

The French river cruise company CroisiEurope, which restarted operations in several countries in July, has canceled sailings through the rest of the year.

"At this time, we have made the decision to cancel all of our remaining 2020 departures, including Christmas and New Year's," said Michael DaCosta, CroisiEurope's General Manager for North America.

"This is in part due to the rising cases in the EU, and the common-sense restrictions that are expected for the winter-time. We’ve been incredibly happy with the success of our cruises that operated this Summer and Autumn, in the professionalism of our crew, and in the feedback we’ve received from our customers. All of our focus now is on a safe return to cruising in the spring."

The French line Ponant has been sailing various itineraries. Cruise Critic has reached out to Ponant to see if the new lockdown is affecting those voyages.

On the same day, Costa Cruises announced it was restructuring its Mediterranean voyages, with immediate effect, due to new travel restrictions and precautions.

Instead of beginning planned voyages to Italy, France and Spain on November 14, Costa announced Costa Smeralda would stay on an all-Italy itinerary until the end of February 2021.

Longer Mediterranean sailings that were supposed to begin aboard Costa Diadema were also postponed until April 2021.

Costa also announced Costa Deliziosa would drop port calls in Montenegro and Croatia due to rising infection rates there. The ship's scheduled 2021 World Cruise has also been cancelled, though affected passengers are able to rebook the same voyage for 2022.

"Being responsible is not a choice for us," noted Costa Cruises in a statement to affected passengers. "It represents a pillar we cannot and do not intend to trade off for any reason."

Earlier this week, Costa had previously banned all passengers from countries with infection rates higher than Italy's from sailing with the line. Costa used COVID-19 data published by the European Center for Disease Prevention and Control (ECDC) and noted that the decision was made in order to responsibly protect passengers, crew and local destinations.

Due to the rapidly evolving nature of COVID-19 and the need to mitigate its spread of the virus, these types of last-minute itinerary changes and cancellations are likely to become the new normal, at least for the foreseeable future.

On the other side of the Atlantic cruising from the United States is still far from a sure thing, even if the U.S. Centers for Disease Control and Prevention (CDC) does rescind its "No-Sail" order, which is currently scheduled to expire at midnight on Saturday, October 31.

Cruise Critic has reached out to all lines affected and will update this story as more details become available.