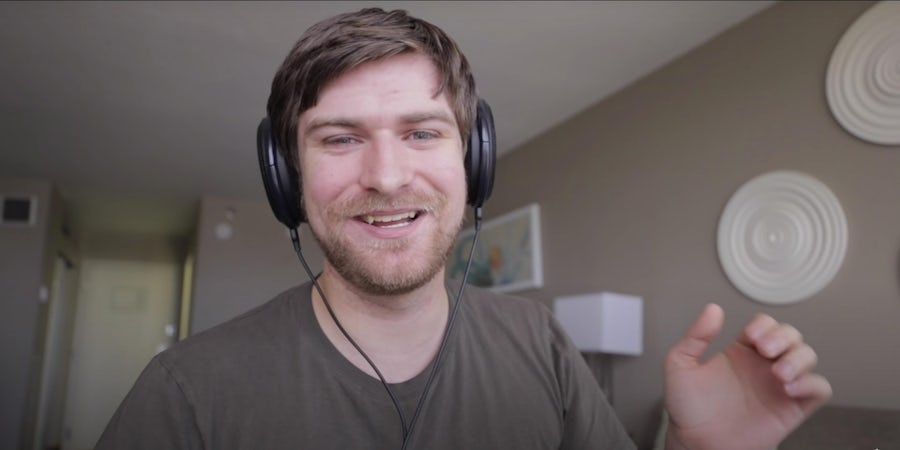 (4 p.m. EDT) -- Crew members from around the world have signed contracts to join Quantum of the Seas as it gets ready for its December 1 restart in Singapore -- and one entertainment staffer is documenting his journey for everyone.In his day job, Alaska resident Riley Tench works as a lighting technician for Royal Caribbean, but he's known more widely for his social media presence. His

I'm Going Back To Work!

" Tench outlines his quarantine process to rejoin the ship, which will sail a series of cruises in Singapore just for residents of that country.First, Tench flew to Miami, where he underwent a two-week quarantine in a Miami hotel room. After the long flight to Singapore, he will go through another 14-day quarantine onboard the ship, in a balcony stateroom, before moving into crew quarters.{#widget:youtube|embed:qRWYrLzoCbE#}The cruises will not stop in any ports, and Tench said that as a crew member, he will not be allowed to get off in Singapore or anywhere else. His contract runs from October 26 to March 25, 2021, which mirrors the long time that it took for him to get home from the ship once the COVID-19 pandemic started and cruises were shut down in March.During his months at sea, Tench made several YouTube videos documenting the process. They are well worth watching, if only to get a behind-the-scenes view of what it was like for crew members to live through the different quarantine requirements and issues the lines had repatriating people home. He was finally able to

on July 11.Still, Tench said it will be "a fun challenge" to return to the ship. "I'm literally just signing up to get stuck on this cruise ship again for five months which is kinda crazy when I say it out loud," he said. "But whatever guys, I'm kind of excited."{#widget:image|decorators:article_image|image:2583|title:Quantum of the Seas|description:Quantum of the Seas#}During November, Tench and his coworkers will get Quantum of the Seas ready to go for its December 1 restart. He said he feels like he's in a privileged position to be able to start working again in the cruise industry."I really wish there was a way for cruise ships to just magically start up and everybody to get back to work, but that's not the reality we live in," he said. Another bonus to going back to work: being reunited with his girlfriend, Cass, who has been in several videos. The two will stay separated during their onboard two-week quarantine, before getting into their cabin.Expect more live videos from Tench as the Singapore cruises begin."My goal over the next five months is to show you, my viewers, first hand, exactly what steps we're taking to cultivate a safe and healthy environment onboard," he said. "And not only that, but an enjoyable environment -- an environment (where) you're going to actually want to go on a cruise."Because I genuinely believe that despite this pandemic, despite all of this, that it is not only still possible to have a healthy and safety cruise vacation but to have one that is fun and memorable and exciting. ... Something that you can spend your money on and actually feel good about when you go home."Happy travels, Riley -- we'll be watching!