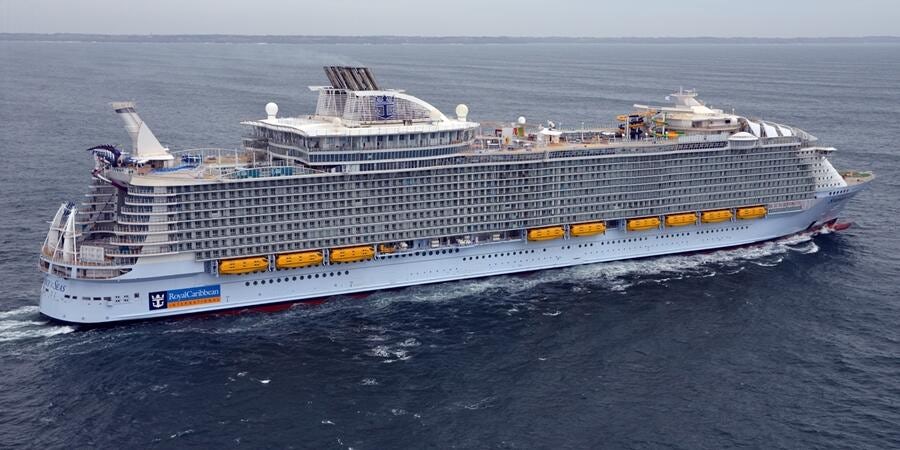 The 5,518-passenger ship is the star of "Billion Pound Cruise", which will air on Thursday 22 October at 9pm on More 4.

Filmed in late 2019 and produced by "Gavin and Stacey" star James Corden’s company, Fulwell 73 Productions, the episodes highlight all the experiences onboard Symphony of the Seas, focusing on food, crew and fun.

Royal Caribbean's Vice President EMEA, Ben Bouldin, said: "This series was filmed at the end of last year, so we recognise that when we do return to sailing, it could look slightly different due to the introduction of our new Health & Safety protocols.

"However, we are determined that what won’t change is the extraordinary and memorable holiday experience that Royal Caribbean International offers the whole family.

“The show is a real ‘feel-good’ watch and we anticipate it will drive further awareness and consideration of the category as a whole and actively dispel myths about what it’s like on board the world’s biggest ship. "

Bouldin added: "We’re extremely optimistic for 2021; we will have some incredible ships right on our doorstep including Harmony of the Seas - Symphony’s sister ship - which will be sailing from Barcelona from April next year."

In addition, Anthem of the Seas, which was due to sail out of Southampton this year, has been confirmed for the UK in 2021.

Royal Caribbean looks set to be the first large US cruise line to return to the seas following the global pause in cruising, with Quantum of the Seas scheduled for a December restart from Singapore.