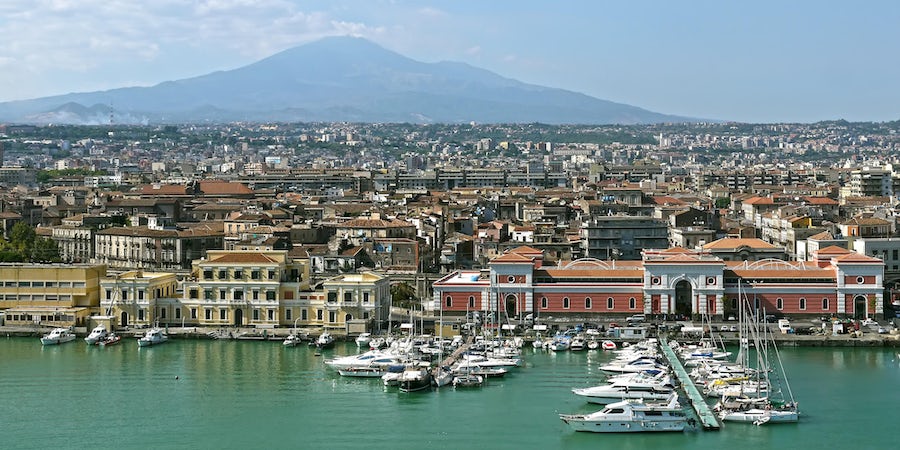 (3:10 p.m. EDT) -- Cruise lines in Europe are continuing to bar passengers who violate their health and safety regulations when it comes to shore excursions and staying within the ship-sponsored "bubble" in port.

Tuesday, a guest on AIDAblu left his travel group during a ship-sponsored shore excursion in Catania, Italy. "As a result, the guest was unable to continue sailing on AIDAblu, and AIDA supported the guest in organizing his trip home," the line said in a statement.

AIDAblu is the first ship to resume cruising in the COVID-19 era from the German line AIDA, which is owned by Carnival Corporation. The current cruise is the first one back, sailing a seven-day itinerary from Civitavecchia (Rome); it left October 17.

As cruise lines have returned to operation in Europe, keeping shore excursions to those that are organized by the ship has been a crucial part of protecting guests in a "bubble," as well as the people who live in the port protected from travelers.

"All guests are made aware of this protocol before the cruise and again before their shore excursion starts," AIDA said in a statement.

It's not the first time a cruise line showed resolve in booting passengers who don't follow the rules. MSC Cruises was the first to bar a family of four, who left an organized tour in Naples, from reboarding the ship, in August.

And Cruise Critic received reports that TUI Cruises, a German line that is partially owned by the Royal Caribbean Group, also barred two passengers from returning after they left an excursion in Greece to go grab a beer.

A requirement to stick with ship-sponsored excursions in port is likely to be in place when cruises from the U.S. resume; it's a recommendation that is already noted in the Healthy Sail plan put forward by Royal Caribbean Group and Norwegian Cruise Line Holdings.

Most of the major cruise lines that have resumed sailing in Europe do require ship-sponsored excursions. These include MSC Cruises, AIDA, Costa Cruises and TUI. Ponant and Hapag-Lloyd do not currently require guests to take excursions through the line.