You may also like
Dismiss
World's First Big Ship Cruise Line to Resume Operations
Just Back From Hurtigruten's Finnmarken: The First Cruise Ship to Set Sail, Post-Covid
Hurtigruten Ramps Up Return to Cruising With Most of the Fleet in Service by September
Two UK Cruise Lines First to Restart Cruising in the UK
Live From MSC Cruises' MSC Grandiosa: What's it Like Sailing on a Big Ship in the COVID Era?
Costa Cruises Becomes First Carnival Corp. Brand to Restart Cruising
MSC Cruises Pushes Back Restart Date for Second Ship in Med, Extends MSC Grandiosa's Season
Second Carnival Corp. Cruise Line To Restart Med Operations
MSC Virtuosa to Return for Line’s Biggest Ever UK Season, MSC Cruises to Base Ship in the UK Year Round in 2022
MSC Cruises Extends Seasons of MSC Virtuosa Cruise Ship in the UK, MSC Bellissima in Dubai 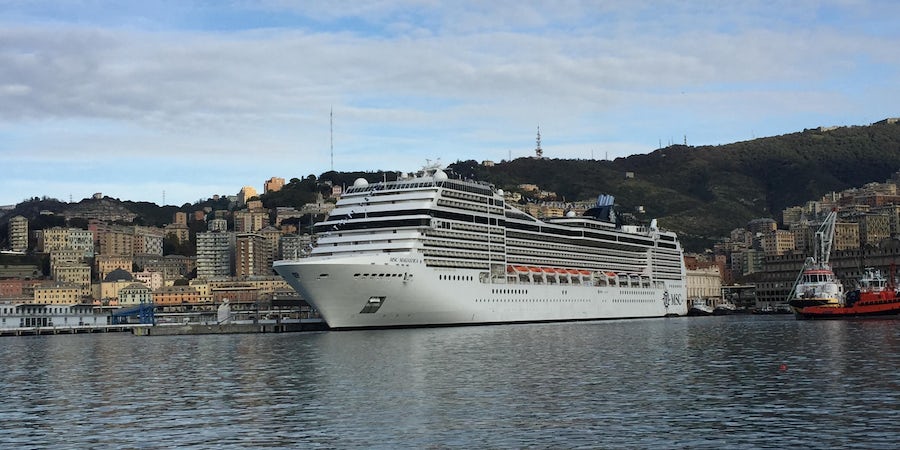 The ship set sail on a 10-night cruise with calls at Livorno for visits to Florence and Pisa, Messina in Sicily, Piraeus for Athens, Katakolon for Olympia, Valletta in Malta, and Civitavecchia for Rome, before returning to Genoa.

MSC Magnifica will operate six Mediterranean cruises before the end of the year, including an eight-night Christmas voyage that will depart December 18 from Genoa.

Like its sister ship, Magnifica has implemented a comprehensive health and safety protocol, which has been endorsed by external medical experts and formally approved by the relevant national and regional authorities.

The measures include pre-boarding COVID-19 testing for passengers and crew; significantly reduced capacity, enhanced sanitation and cleaning measures throughout the vessel; managed social distancing; wearing of face masks in public areas and technology to aid track and trace on board. In this initial phase, the ship's capacity has also been reduced to 70 per cent to ensure social distancing can be guaranteed on board.

MSC Magnifica is currently only open to residents of Schengen countries.

The 3,223-passenger ship has four restaurants and 11 bars, a swimming pool with a sliding roof magrodome, theatre, casino, nightclub and a 4D cinema.