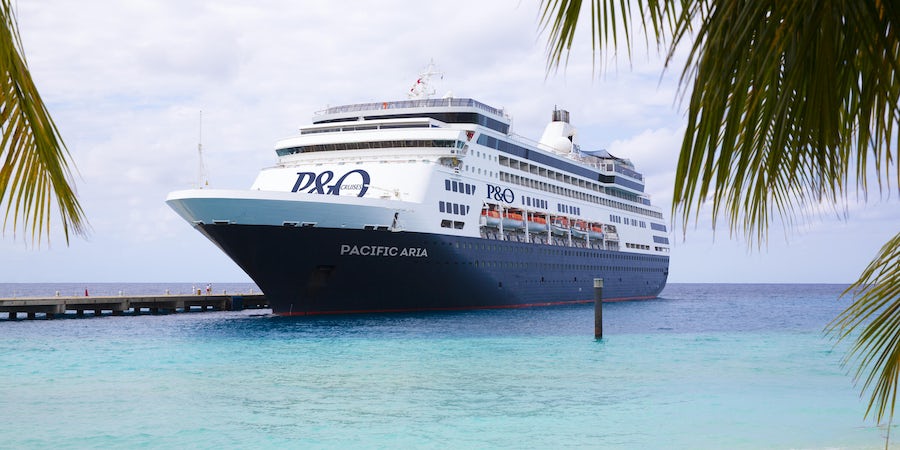 (10:15 p.m. AEST) -- P&O Cruises Australia today announced Pacific Aria will leave the fleet as early as next month after its departure was brought forward during the current pause in operations.

It had been announced previously that the 1,260-guest Pacific Aria would leave the fleet next April but its departure was brought forward six months to enable the sale of the ship.

P&O Cruises Australia President Sture Myrmell said Pacific Aria had made more than 220 voyages since joining the fleet and made a spectacular arrival with the fleet’s five-ship sail-in to Sydney Harbour in November 2015.

"Like Pacific Dawn whose sale we also recently announced, Pacific Aria was a great favourite with our guests,”"Mr Myrmell said. "Aria might have been with us for just five years but she is no less prominent in our affection and respect for her contribution to P&O and cruising.

"Our guests fell in love with Pacific Aria’s modern interior design as she set the benchmark for the evolution of the brand creating a path for the introduction of Pacific Explorer two years later.

"There is much to look forward to as we keep transforming our fleet in readiness for welcoming Pacific Adventure and Pacific Encounter.

"In the meantime, we must bid a fond farewell to Pacific Aria and thank her for her role in creating wonderful memories at sea for Aussies and Kiwis alike.

"When we paused operations in March, we could not have known that it would also mark Pacific Aria’s final voyage with guests on board. It is disappointing that we cannot honour Aria with a farewell cruise."

P&O said Pacific Aria’s new owner would confirm its purchase in a separate announcement. It had previously been reported that Pacific Aria was to be bought by CMV, however, CMV went bust in September.

Passengers who were booked on Pacific Aria from 18 December can choose alternative arrangements including a full refund or bonus onboard credit if they choose the future cruise credit option. Passengers on select cruises can opt to move their booking to the same time next year and receive bonus onboard credit.

P&O will pay refunds back to travel agents for passengers who booked through that sales channel. The cruise line will also protect travel agent commissions on all bookings for cancelled cruises that were paid in full as at 14 October, 2020 and for the total amount of the future cruise credits.

The cruise line confirmed it will make contact with passengers whose cruises have been affected, either directly or via their appointed travel agent, to let them know what options available to them.