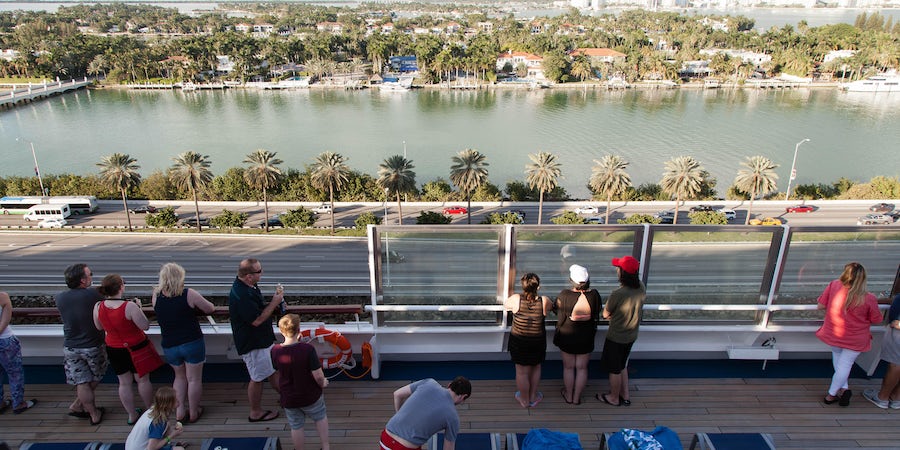 (2:25 p.m. EDT) -- U.S. Vice President Mike Pence held a conference call with cruise industry executives on Friday, furthering discussions around the safe restart of cruising within the United States.Joining the call were Centers for Disease Control and Prevention (CDC) Director Dr. Robert Redfield; Department of Health and Human Services (HHS) Secretary Alex Azar; former Utah Governor and HHS Secretary Mike Leavitt, co-chair of the Healthy Sail Panel formed by Norwegian Cruise Line Holdings and Royal Caribbean Group.Executives in attendance included Arnold Donald, president and CEO of Carnival Corporation; Frank Del Rio, president and CEO of Norwegian Cruise Line Holdings; Richard Fain, Chairman and CEO of Royal Caribbean Group; Thomas Malzoum, President of Disney Signature Experience for Disney Cruise Line; and Pierfrancesco Vago, Executive Chairman of MSC Cruises.The meeting was originally due to be held on Friday, October 2, but was postponed after U.S. President Donald Trump tested positive for COVID-19.While full details of the meeting were not made public, what is known is that Governor Leavitt provided an overview of the Healthy Sail Panel and its multitude of recommendations for safe the resumption of cruise in the United States and beyond, and reiterated that financial concerns took a back-seat to all health and safety protocols.{#widget:image|decorators:article_image|image:11299427|title:Cruise ships in the Caribbean (Photo: Cruise Critic)|description:Cruise ships in the Caribbean from Grand Cayman Port#}It seems, however, that the CDC is still wavering on allowing cruises to resume, despite having placed little to no restrictions on similar tourism ventures, including airlines, hotels and resorts, and theme parks, within the United States.

"HHS Secretary Azar and CDC Director Redfield touched on their commitment to the collaborative effort that produced the Healthy Sail Panel's 74 recommendations, and the Federal government's support of the industry to safely and responsibly sail again, but cautioned that the cruise industry would have to backstop their venture to resume operations," noted a readout of the call between the participants.

The CDC's "No-Sail" Order is still in effect through October 31, 2020.Most cruise lines have cancelled their voyages through November 30, including Carnival Cruise Line, which yesterday suspended November voyages that were due to depart from Port Canaveral and PortMiami.As recently as last week, cruise executives had been optimistic that cruise operations could restart from the United States before the end of 2020.Only one line -- Palm Beach, FL-based Bahamas Paradise Cruise Line -- still tentatively plans to restart oceangoing voyages from the United States in November, with two-night sailings to the Bahamas aboard Grand Celebration kicking off on November 4.