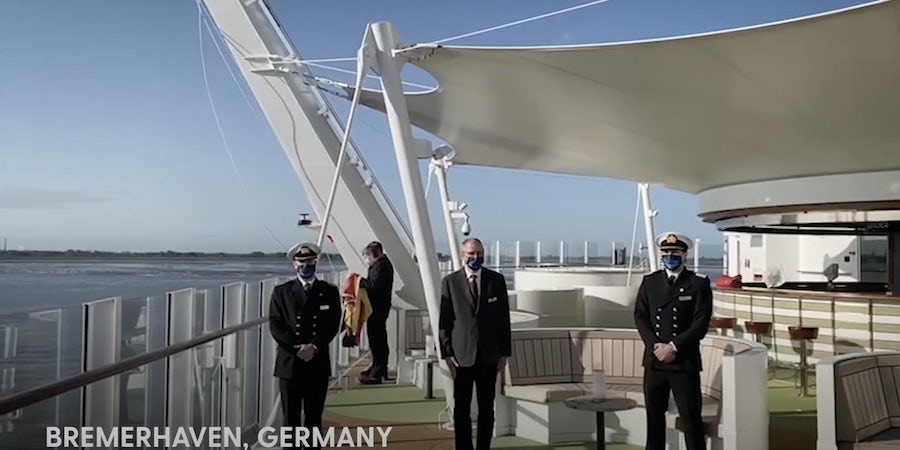 The 5,200-passenger ship is the biggest ever built for the UK market and the first to be powered by Liquefied Natural Gas (LNG).

Iona was due to make its debut in the summer, but delays at the shipyard due to the coronavirus pandemic has led to the delay.

"Iona’s delivery is a very positive signal for the future of cruising," said P&O Cruises president, Paul Ludlow, who was present at the event in Papenburg and signed the Protocol for Delivery and Acceptance:

"Iona is now officially part of the P&O Cruises fleet and we are focused on readying her to welcome guests during her new maiden season to Northern Europe, Spain, Portugal and the Canary Islands from our home port of Southampton."

The ship has missed its entire summer season in the Norwegian fjords and will miss most of its winter season in the Canary Islands as P&O Cruises' operations are paused until the end of January 2021.

The 17-deck ship will have eight speciality restaurants including yet to be unveiled concepts, as well as 13 entertainment venues, four swimming pools including an infinity pool at the aft of the ship and 16 whirlpools.

The ship will also include a two-deck SkyDome on the top of the ship, which will be a pool by day with dining and entertainment by night, including specially commissioned aerial entertainment shows.

A second as-yet-unnamed sister ship to Iona will be delivered in December 2022.