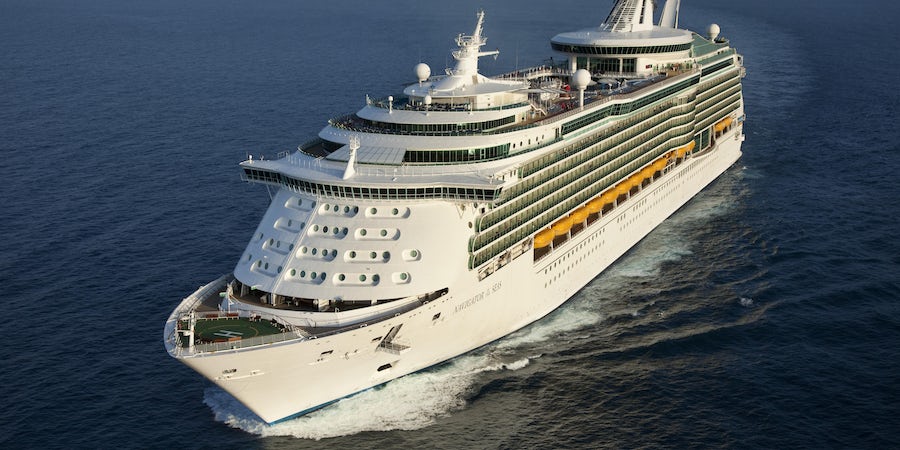 Will Navigator of the Seas Be Royal Caribbean's First Cruise Ship To Return to Service?

(3 p.m. EDT) -- There is some evidence that Royal Caribbean could be readying Navigator of the Seas for a series of test cruises this fall out of Miami, the first step in the line's resumption of sailing.

Navigator of the Seas then leaves Miami until November 2, 2020 -- which would coincide with the ship's first previously-scheduled sailing to the Bahamas, according to the Royal Caribbean website.

Second, Cruise Critic members are beginning to report that friends of theirs who work for Royal Caribbean are getting orders to report to Navigator of the Seas at the end of October.

"My RC friend (in Food and Beveragee) just received travel orders to fly to Miami on 10/25 and report to Navigator on 10/26," writes ljason913 on Cruise Critic's Royal Caribbean board.

"Just heard from a RCCL Waiter that will be returning to the Navigator on October 25th," said julesbeara, on the same thread. "Looks like short sailings are a go from Miami."

In a video posted Monday, and again at Tuesday's Virtual Seatrade "State of the Industry" address, Royal Caribbean Group chairman and CEO Richard Fain stated that Royal Caribbean would return to cruising gradually, by first conducting test voyages with employees and crew to ensure the measures recommended by the Healthy Sail Panel were being implemented safely.

While lines are still awaiting approval from the U.S. Centers for Disease Control and Prevention to lift the agency's "No-Sail" order, executives, including Fain, have remained optimistic that some of the 2020 cruise season from the United States can be salvaged.

As of now, Royal Caribbean's November sailings are still tentatively scheduled to go ahead as of this writing, Navigator of the Seas' scheduled three-and-four-day cruises would work well with the resumption of cruise, even if itinerary changes were needed.

These sailings could also serve as additional test voyages in the event that revenue sailings had to be pushed back further.

It is also worth noting that crew joining Royal Caribbean ships, as with other vessels that have restarted, must undergo a two-week quarantine and testing before being able to perform their duties to ensure they are COVID-negative.

Assuming the last crew member boarded on October 28, the first date where all crew could perform their duties would be November 11. That roughly lines up with the ship's scheduled three-night voyage on November 13.

Most other calls appearing on the PortMiami cruise schedule are single-day visits.

Either way, the mere presence of Navigator of the Seas in port for several days in October is a positive sign that change may indeed be afoot.

Cruise Critic has reached out to Royal Caribbean for comment on Navigator of the Seas' movements and will update this article with further information as it becomes available.