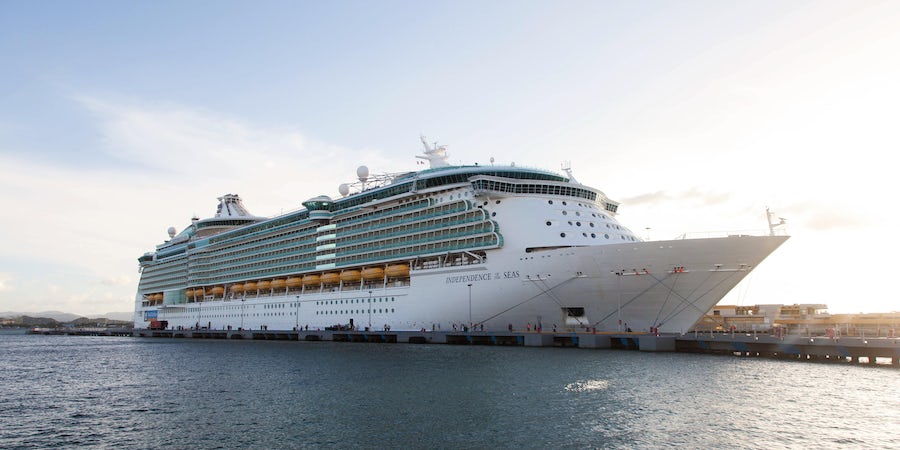 around the cruise industry's state of recovery while also addressing some of the challenges the industry continues to face. "You just can't make this stuff up," he said, kicking the video off on a note of incredulity. Representatives the cruise industry were scheduled to attend a meeting at the White House last Friday before U.S. President Donald Trump tested positive for COVID0-19. "Many of you know that we were scheduled to meet with the CDC and with the COVID-19 taskforce on Friday," Fain said. "Unfortunately, the unexpected announcement of the President and various White House officials testing positive caused that particular meeting to be postponed."The lines of communication remain open, and we expect the dialogue to continue productively," he said.{#widget:youtube|embed:qabn_fu6ols#}On a positive note, Fain reiterated that there are more examples than ever "of the pandemic being managed, and its risk being mitigated.""We've made it this far, and there are positive signs emerging all around us," said Fain. "Right now, the winds of change are in the air.""Faster, cheaper and widespread testing will be much more impactful, much sooner," said Fain. "Widespread testing enables contact tracing, and it's the one-two punch of testing and contact tracing that's so effective in limiting the community spread of the disease."Fain reiterated that Royal Caribbean Group, together with Norwegian Cruise Line Holdings, had submitted the findings of its joint Healthy Sail Panel to the CDC on September 21. He pointed to the caliber of the members, many of whom are distinguished with decades of experience in relevant fields, as a sign of the line's commitment to a healthy restart of cruise operations in the Americas."It didn't just publish its recommendations," said Fain of the Health Sail Panel's findings. "It explained the basis for those recommendations, and it explained the science behind their conclusions."CLIA (the Cruise Lines International Association) had also adopted the protocols unveiled by the Healthy Sail Panel for submission to the CDC. While the CDC eventually extended its "No-Sail" order again through October 31, CLIA member lines were encouraged that sailings could start as early as November, although just today, Norwegian Cruise Line Holdings extended its pause for its three cruise lines – Norwegian, Oceania and Regent Seven Seas -- through November 30. Fain said that while the line hopes to be able to restart soon, it "won't happen overnight." It will take time to work through the process of getting ships and crews into the appropriate places to enable a measured, safe restart. According to Fain, Royal Caribbean will initially embark its crew and sail on a series of non-revenue "test sailings, where we can rehearse, and we can validate the new protocols." Starting with a ship or two at first, Royal Caribbean's initial sailings will likely be short voyages with limited destinations and controlled shore excursions, Fain said. "We understand the importance of getting this right," he said.