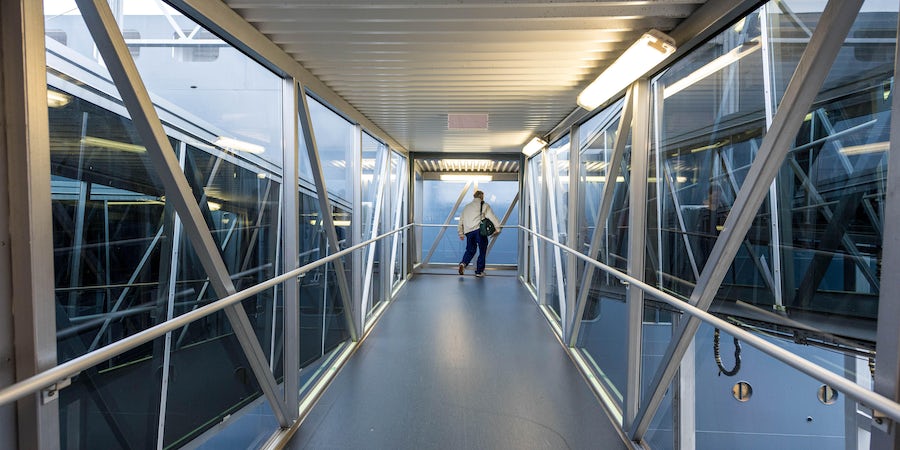 (12.01 a.m. BST) -- A framework for the safe and healthy resumption of cruising in the UK has been submitted to the UK government today.

The three separate reports, which cover passenger, crew and lines' commitments to the healthy resumption, is a joint effort from the Cruise Lines Industry Association and the UK Chamber of Shipping, which represents non-cruise interests.

It comes after the Royal Caribbean Group and Norwegian Cruise Line Holdings Healthy Sail Panel submitted its recommendations for a safe resumption of cruising in the US to the Centers for Disease Control and Prevention (CDC).

But there are some significant differences, as the UK recommendations submitted today do not include pre-boarding COVID-19 testing for passengers -- only for crew. The screening protocols also focus on people who arrive and are symptomatic, not on those who might be asymptomatic.

It also does not recommend shore excursion "bubbles" in which passengers have to stay within their ship-organised excursion -- or face being barred from getting back onboard.

The report emphasises that these recommendations primarily follow England's health and safety protocols and may be adapted in Scotland, Wales and Northern Ireland.

Testing Stance at Odds With US Recs, European Successes

Of the 74 recommendations submitted to the CDC, the panel -- which included two leading US medical experts -- included mandatory pre-boarding COVID-19 testing for passengers and crew.

This not only stands at odds with the Healthy Sail Panel, but also with best practice in Europe, where two big ship cruise lines MSC Cruises and Costa Cruises, have safely resumed cruising in Italy. Both lines require a negative COVID-19 test before boarding.

"The framework is exactly that -- it's a framework -- and it talks about medical screening, as part of that embarkation process. The reason that it's not specific about exactly what that entails is because it's a framework document which should be based on a risk-based approach."

Roberts acknowledged the fact that MSC and Costa do mandate testing, but added:

"If you are an operator, you may design a different process to a cruise that is departing in the coming weeks to one that is maybe departing next summer."

Andy Harmer, CLIA UK & Ireland's SVP added: "The science is changing, the medical advice is changing. We're also learning from the safe resumption of cruising in the Mediterranean.

"We will take a lead from the Mediterranean where those protocols are clearly working.

"It's clear that testing is an important part of that pre-screening both for guests and for crew, which is why there has been so much importance attached to that testing regime.

"Our conversations with government continue to discuss testing as we talk about resumption."

When Are Cruise Lines Around the World Expected to Resume Service?

The only time a COVID-19 test is mentioned in the recommendations is under a heading "Passenger screening." There is says that you might "potentially" be tested only if a second screening determines you may have symptoms.

The pre-boarding process outlined in the document calls for two phases to identify symptomatic passengers, primary screening and secondary screening.

"Primary screening usually includes an initial assessment by non-medical cruise or port staff. This may include using a health declaration questionnaire, observing whether you have any COVID-19 symptoms and checking your body temperature."

Secondary screening will take place for passengers with suspected COVID-19 symptoms or if someone has voluntarily disclosed that they  have been exposed to someone with COVID-19.

"Secondary screening may include an in-depth interview, a focused medical examination, a second temperature check and potentially a COVID-19 test."

Following EU and US Guidelines

The rest of the guidelines largely follow those set up by MSC, Costa and the Healthy Sail Panel, and follow UK government guidelines:

There is also a recommendation that ships prior to setting sail must communicate with and identify ports which "are able to handle the disembarkation of passengers with COVID- 19."

"In the case of an outbreak onboard a cruise ship, operators are to have prior arrangements established with designated key ports identified for each voyage which are able to handle the disembarkation of passengers with COVID- 19."

When Will Ocean Cruising Restart in the UK?

The Foreign and Commonwealth Office currently recommends against all ocean cruising (though not river cruising), which means most insurance companies do not offer cover.

And although there is one tiny Scottish line operating -- The Majestic Line -- no mainstream line has yet resumed operations.

When asked when mainstream cruising might restart, Harmer said: "This is very much a first step, it's an important milestone in the safe resumption of cruising.

"It could well be those early cruises will be local cruises for UK guests and it could be that some operators will choose to do that early on."

It is worth noting, that these recommendations come right at the end of the UK cruise season, and typically it will be six months until we see ships operating from these shores again, in early spring.

In other words, there is plenty of time for the DfT to absorb this report and lift the ban on ocean cruising -- if it is minded to -- in time for the 2021 season. That's different from  the US, where the crucial holiday season could be wiped out if the CDC do not lift their ban on cruising, which is due to expire at the end of this month.

"It's a staged return. The other things guests should expect is some of those early cruises may not be fully occupied"

He also praised the low approach taken by German line TUI, as well as MSC and Costa, which operate around two thirds full.

Asked what the sentiment is coming from government regarding the resumption of cruising, Harmer said:

"We have over the past four or five months have built a relationship with government that is unprecedented.

"I think they have seen throughout this, we have been doing the right thing with the voluntary suspension, but also with the collaborative approach we have taken.

"The government understands the huge amount of work the cruise industry has always done in this area."

Roberts added that the government also understands the economic impact of cruising to the UK.