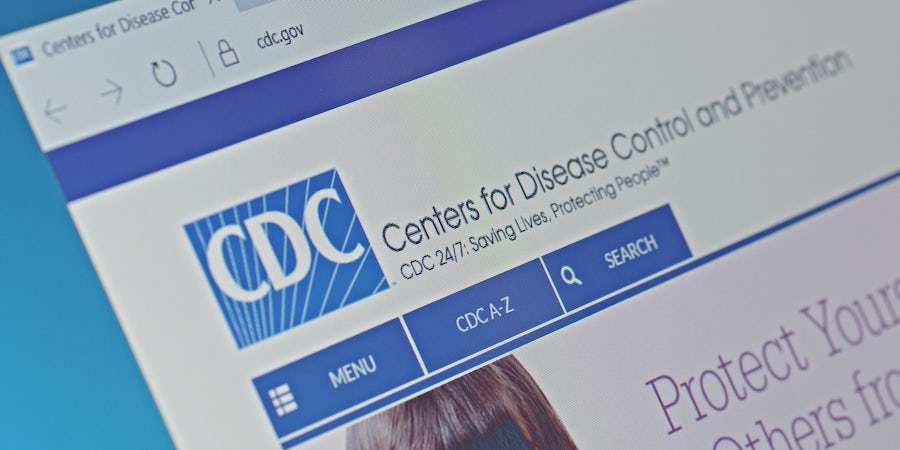 The CDC's No-Sail order was first issued on March 13 as the COVID-19 coronavirus pandemic became a global concern. On April 9, the order was extended again for a period of 100 days, and was set to expire July 24. On July 16, the CDC extended the order again, this time until September 30, 2020.

The new date matches that put forth by the Cruise Line Industry Association (CLIA), which set October 31 as an end for the voluntary suspension of its member lines. The CDC specifically said that it was extending the order so lines that aren't members are CLIA can't cruise before that date.

An article published by Axios cited sources as saying that CDC Director Robert Redfield had initially wanted the No-Sail order extended through February 2021, but was overruled by the White House.

A mmeeting between the White House and representatives from the cruise industry that was supposed to take place Friday has now been put in doubt following President Donald Trump's COVID-19 positive diagnosis. A CNBC reporter

that the meeting has now been postponed.

Cruise Critic reached out to CLIA to confirm but has yet to receive a response.

Under the terms of the No-Sail order, the ban on cruises from American ports of call is in effect until one of the following occurs:

"We are confident in the industry’s ability to resume operations from U.S. ports in a responsible, phased-in manner.

"Our actions will build off of the continued success the cruise industry has experienced with recent sailings in Europe and other parts of the world, as well as the guidance we’ve received from some of the world’s leading experts in medicine and science.

"We look forward to engaging in a thoughtful and productive dialogue with our partners and regulators in the United States to return to cruising in the region."

In a press release issued to media, the CDC doubled-down on its assertion that cruise ship travel remains a threat to spreading COVID-19 infections within the United States. To-date, the CDC has recorded "at least 3,689 COVID-19 or COVID-like illness cases on cruise ships in U.S. waters" between March and September 2020.

"Recent outbreaks on cruise ships overseas provide current evidence that cruise ship travel continues to transmit and amplify the spread of SARS-CoV-2, the virus that causes COVID-19,—even when ships sail at reduced passenger capacities—and would likely spread the infection into U.S. communities if passenger operations were to resume prematurely in the United States," notes the CDC.

The press release goes on to indicate that recent "passenger voyages in foreign countries continue to have outbreaks, despite cruise ship operators having extensive health and safety protocols."

The CDC, however, makes no mention of fact that new health and safety protocols have successfully detected potential COVID-19 cases onboard other ships and limited their possible exposure. It also does not take into account those voyages with suspected COVID-19 cases that turned out to be false-positives, nor does it mention those voyages where transmission was limited due to the health and safety protocols in place.

Both MSC Cruises and Costa Cruises, as well as smaller lines like Ponant, have restarted cruising in Europe successfully. MSC and Costa have rapid-response testing available in the terminal, and require mask wearing, social distancing and even restricted shore excursions to ship-sponsored "bubbles."

In the order, the CDC noted the number of coronavirus cases worldwide and in the United States, and maintained a skeptical view toward cruising.

"Cruise ships continue to be an unsafe environment with close quarters where the disease spreads easily and is not readily detected," it said. It also noted crew outbreaks on various ships and said that a reduction in capacity alone does not necessarily get rid of the virus.

But pressure has been coming against the CDC from several different directions. Florida's senators have put forward a bill to jumpstart cruising safely, and the Federal Maritime Commission released a report on the cruising ban's steep financial impact on the Florida economy.

Last week, Norwegian Cruise Line Holdings and Royal Caribbean Group delivered their Healthy Sail recommendations to the CDC. CLIA held a subsequent press conference saying their member lines could be ready to sail in as little as 30 days.

"We have to fly crew back in, they have to go through rigorous testing, it takes about 30 days," said Carnival's Arnold Donald on a potential restart,

Norwegian Cruise Line Holdings president and CEO Frank Del Rio stated that the submission of the Healthy Sail Panel's recommendations paved the way to a healthy and responsible restart.

"We have great confidence in the comprehensive and layered approach our health and safety panel has put forward," said Del Rio. "That's why we're going to have a phased approach, we're going to test it, we're going to make adjustments along the way…so that we can get back to what we do best."

When cruises do resume, executives from every major brand have stated it will be done in a phased approach, likely with a handful of vessels sailing from a few key U.S. homeports. It will not be a full-scale restart of cruising by any means, and further sailing cancellations should be not only anticipated but expected.

Already Carnival Cruise Lines has canceled all 2020 cruises from ports other than Miami and Port Canaveral, as a sign of its limited beginning.