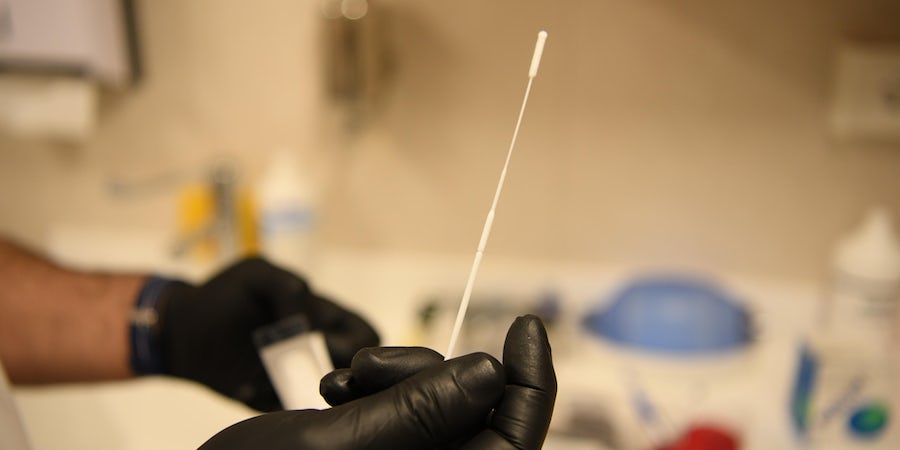 (5:40 p.m. EDT) -- A dozen suspected cases of COVID-19 aboard TUI Cruises' Mein Schiff 6 have turned out to be false positives, following a second round of tests conducted in the Greek port of Piraeus.

It's the latest in a series of incidents on cruise ships that have drawn initial screaming headlines, with no real threat to passengers onboard. It also shows that the screening protocols that the lines are putting in place are working, while also underscoring the need for multiple or rapid response tests, particularly for crew members who are generally in closer quarters than passengers.

In this week's case on Mein Schiff 6, 12 crewmembers aboard the ship had tested positive for COVID-19, following tests conducted in a shoreside facility. TUI re-tested the crewmembers three times, including two PCR tests and one antigen test. Greek authorities confirmed today that all 12 crew members were negative for the presence of COVID-19.

With no COVID-19 cases aboard the ship, the vessel is due to sail from Piraeus and resume its Mediterranean cruise itinerary.

Other notable cases of false positives took place this summer as cruising has resumed. A false positive on UnCruise Adventures' only Alaskan voyage to restart ended up causing the line to jettison its season. When MSC made its restart, the initial antigen COVID-19 test given to passengers in the terminal turned up some positive tests, which were later found to be negative by a subsequent PCR test. Passengers were able to rebook on the next week's cruise.

It goes to show that when an initial report of a COVID-19 case takes place, it's not necessarily cause for alarm.

By law, any and all presumptive cases of COVID-19 must be reported to the relevant authorities. That public disclosure leads to shocking and often worrying articles revealing outbreaks among crew on cruises that have restarted in Europe.

The most disturbing outbreak came aboard Hurtigruten's Roald Amundsen, when the line's failure to follow its own advertised health guidelines caused at least 62 passengers and crew to contract the disease.

Other COVID-positive cases have generally involved a single passenger, with no community spread. This is what happened on Paul Gauguin in late July, when a single passenger forced the first voyage back out to be scrapped. SeaDream I in Norway had a similar occurrence, when a passenger returning home to Denmark from a previous voyage tested positive.

On both ships, the other passengers and crew immediately underwent testing and quarantine. No one else onboard was found to have COVID-19.

Quick action on the part of the cruise lines is crucial to keep the virus from spreading. On TUI's Mein Schiff 6, the cruise line received positive test results from 12 crewmembers from an external laboratory Monday morning. To rule out the presence of COVID-19, shipboard staff immediately isolated all 12 crew members and utilized the rapid PCR testing available onboard the vessel.

By the end of the day, half the results had already come back negative. On Tuesday, the remaining six also were revealed to be negative. The Greek authorities confirmed the line's findings.

"The safety of the guests, the crew, but also the Greek population is the top priority for TUI Cruises," company CEO Wybcke Meier said. "I would like to thank all the responsible authorities for their good and professional cooperation in connection with the unclear test results on board Mein Schiff 6, and I am pleased that the voyage can be continued for all guests tomorrow with shore excursions in Piraeus."

Health and Safety Policies That Work.

In the instances of all these lines, health and safety protocols worked as designed. These procedures, which include quarantine measures for crew members, multiple rounds of COVID-19 testing, mask wearing and social distancing, among others, are designed to catch and prevent the virus spread.

Due to MSC's success, other cruise lines have adopted the double testing method before boarding. Costa Cruises has instituted the same protocols, with AIDA to follow in November. SeaDream has also said that it will use dockside COVID-19 testing when it starts its Caribbean season.

Rapid testing would have rebutted the false positive that UnCruise experienced on its only sailing to Alaska. The passenger had tested negative for COVID-19 at home but then received a positive result from a test conducted at Juneau airport. Unfortunately, the passenger was onboard by that point, and the ship had to turn around.

It was later determined following tests onboard and on-shore that the guest did not have COVID-19.

COVID-19 Positive Cases Will Be A Part of Cruising.

In the Healthy Sail Report released by Royal Caribbean Group and Norwegian Cruise Line Holdings, the panel concluded that risk of COVID-19 can never be fully eliminated. Instead, the risk of COVID-19 has to be mitigated through the use of several stages and techniques of risk mitigation.

"An important principle underlying our effort was to create multiple layers of prevention," notes the report. "Both early detection of infected individuals and risk mitigation strategies are needed in order to reduce the risk of an outbreak. No single measure is sufficient, but all should be interconnected with other measures.

"Aggressive measures to minimize or prevent SARS-CoV-2 from entering a ship are the single most important step that can be taken to reduce risk of an outbreak on board."

Cruising, much like airlines, hotels, church gatherings or any large public place, might at some point have COVID-19 outbreaks. Because cruise lines are required to report this to the relevant authorities, it will make the news cycle in a way that similar outbreaks in other modes of transport might not.

But that doesn't mean that cruising is inherently unsafe or that the presence of COVID-19 is guaranteed. It means there have been presumptive cases onboard, and further testing and isolation protocols will be put in place.

"It is important to minimize consequences if the virus is identified on board through proper contact tracing and quarantine/isolation procedures to stop transmission and prevent an outbreak," notes the Healthy Sail Panel.  "The ultimate measure of success will be having robust protocols that are faithfully implemented and improved upon over time to prevent outbreaks and negative outcomes."

In the case of Mein Schiff 6, the vessel was able to put into port, complete the tests, verify the negative result with Greek authorities and carry on its way. The 922 passengers and 666 crew members were able to go about their days normally after that.

These interruptions are no doubt worrisome, but following the proper procedures makes cruising safer for everyone, passengers and crew alike.