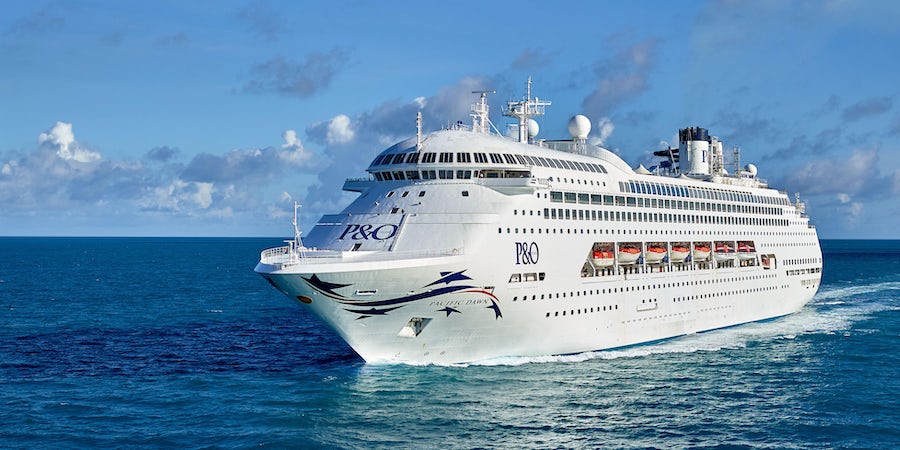 (7:05 p.m. BST) -- P&O Cruises Australia announced it has sold its 1,546-passenger Pacific Dawn ahead of its planned removal from the P&O fleet in February.

The 70,000-ton ship was originally scheduled to transfer to Cruise & Maritime Voyages in 2021. Following the collapse of CMV in July, the ship's future was placed in doubt.

A specific buyer has not been named. It is not immediately apparent if the ship will be placed in further service with another line or sold for scrap.

The ship, which entered service in 1991 as Princess Cruises' Regal Princess, has made more than 610 voyages for P&O Cruises Australia since joining the fleet in 2007. P&O notes the ship has carried over 1.2 million Australians since its introduction and has called on Brisbane nearly 500 times.

"Seafarers talk about ships having personalities because they develop such affection for the unique way each one operates," P&O Cruises Australia President Sture Myrmell said.

"But Pacific Dawn has also been much admired and loved by her many guests, especially her loyal following in Queensland, as well as her crew. Having made more than 610 voyages, she has been the backdrop for countless holiday memories and family celebrations."

P&O states it will assist passengers booked on Pacific Dawn voyages due to depart from 17 December 2020. Affected passengers can choose either a full refund or a future cruise credit with bonus onboard credit. Passengers on select voyages can also move to another booking for the same time period in 2021 and receive a bonus onboard credit.

P&O will be contacting passengers and travel agents individually to explain the options available to them.

Pacific Dawn has transited the Suez Canal and is currently at anchor off Cyprus, awaiting future orders.