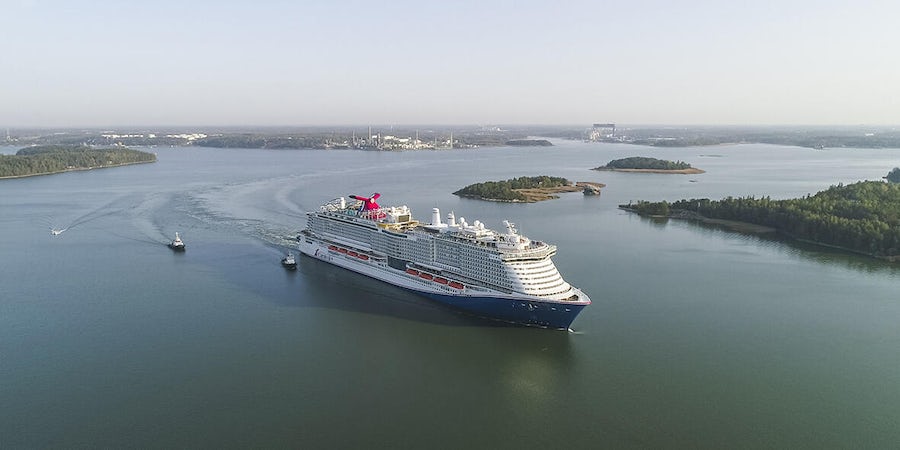 The trials, which test a ship's technical and marine handling capabilities, began today from the Meyer Turku shipyard in Turku, Finland. They are expected to last for a period of 10 days,

Once completed, Mardi Gras will return to the shipyard for final fitting-out of the vessel's interior spaces before setting sail for the United States.

Carnival's Mardi Gras is the first Carnival vessel to be built on the Excellence platform that also includes P&O's new Iona and AIDA's AIDAnova. Mardi Gras will be the first Carnival ship of this class to enter service, and the first cruise ship in North America to be powered by Liquefied Natural Gas (LNG) technology.

Mardi Gras will also introduce a number of firsts for Carnival, including a redesigned atrium concept known as "Grand Central;  the first roller coaster at sea, and a brand-new livery featuring blue, red and white branding on the ship's bow.

Mardi Gras is expected to enter service from Port Canaveral on February 6, 2021, where the vessel will offer weeklong cruises to the Caribbean and the Bahamas.