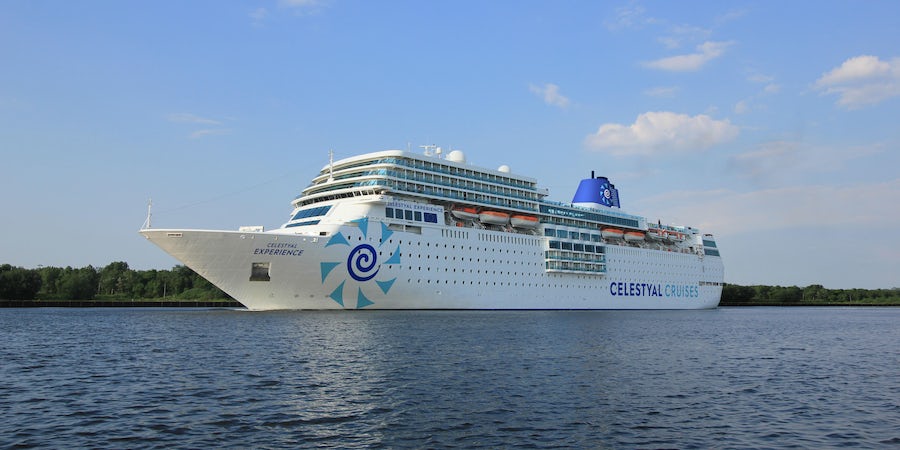 (11:45 a.m. EDT) -- Greek cruise line Celestyal Cruises has revealed a new logo and livery for the fleet as well as new itineraries for its new flagship, Celestyal Experience.

The line took ownership of Costa NeoRomantica in July, renaming the 1,800 passenger ship Celestyal Experience, and boosting its fleet to three.

Celestyal Experience will take over the seven- and 14-night itineraries from Celestyal Crystal, throwing the future of the smaller ship into doubt.

With Experience taking over from Crystal, it is uncertain where -- or if -- the smaller ship will be deployed:

"To be frank with you, it's yet to be determined," Peden said. "We are evaluating a number of options."

The new ship, which carries just over a 100 more passengers than fleetmate Celestyal Olympia, will not be refurbished apart from the livery, Peden confirmed.

"The quality and condition of the vessel looks like it's just left the shipyard," he said.

"Costa spent 90 million euros on a refurbishment, and it looks and feels pristine on the hotel side."

Peden also revealed the line would be introducing a new wellness category for its junior suites, which he compared to Celebrity Cruises' AquaClass.

It would allow access to the 47,000-square-foot thermal suite as well as an exclusive sundeck and healthy eating restaurant and command a higher fare -- £1,379 per person.

He said the decision to add a premium category would takes Celestyal to more of a premium level, which he likened to Azamara.

Peden said the line would also include tasting experiences of local wines, olive oils and cheeses.

Celestyal Cruises was one of the first lines to cancel cruises until deep into next year due to the pandemic and is not due to restart operations until March 6, 2021.

The line cited uncertainty, travel bans, particularly from its two key markets -- North America and Australasia; and a lack of airlift as the reason for such a long suspension.

As more and more lines restart cruising in Europe with strict health protocols in place, Peden said there were no plans to restart any earlier than March 6.

"We looked at it closely, but we decided that March was a good time on the basis that it naturally falls on what would typically be the start of our season before we started to extend seasonality," he said.

He added that Celestyal had been working closely with the Greek health authorities in terms of health protocols and confirmed the line would follow MSC Cruises and Costa's lead in introducing a preboarding COVID-19 test.

He also added that COVID-19 insurance would be included in the fare for all new bookings made in the month of October as part of a launch promotion for all sailings departing in Q1 and Q2 of 2021.

The lead-in fare on Celestyal Experience for a standard, all-inclusive inside cabin is on sale for £519 per person, with a deposit of £159.