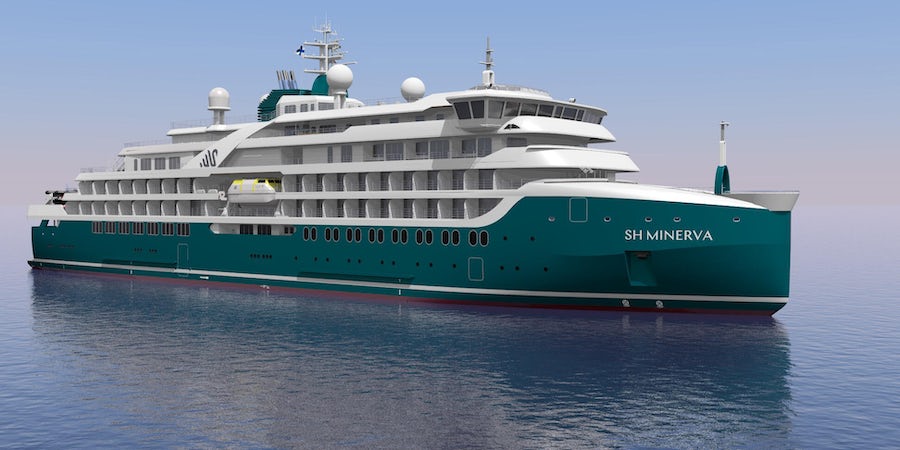 The first 347-ton block of the ship was set on the keel over coins to bring good luck in accordance with ancient maritime custom.

Swan Hellenic announced at the ceremony that the ship would be christened SH Minerva, a nod to the name of the sole vessel operated by the original Swan Hellenic -- one of the U.K.'s best-known cruise lines, which went bust in 2017.

“We’re excited and honoured to take Swan Hellenic into this next chapter and look forward to meeting you on board when we head to Antarctica in November 2021," said CEO Andrea Zito.

When the relaunch of the line was first announced in July, Zito said:

"I am proud to announce the rebirth of Swan Hellenic a pioneering iconic travel brand with the mission to be the leader in cultural expedition cruising.

"The new Swan Hellenic, retains its British heritage whilst being international in outlook. Aimed at the traveller, who wishes to explore, experience and enrich whilst the infinite beauty of the world and its inhabitants in a safe and sustainable way."

The ice-class ship is the first of two new-builds and will carry 152 passengers in 76 spacious cabins and suites, most with large balconies. SH Minerva will be operated by an onboard team of 120 and will be aimed at the luxury end of the expedition market.

It will also carry Zodiac and experienced expedition guides, but will skip the recent trend for helicopters and submarines.

"We're not putting an emphasis on things like helicopters," the UK GM John Warner told Cruise Critic. "This is about an elegant, intimate and immersive expedition experience. It's based more on a cultural experience and getting up close and personal with the wildlife."