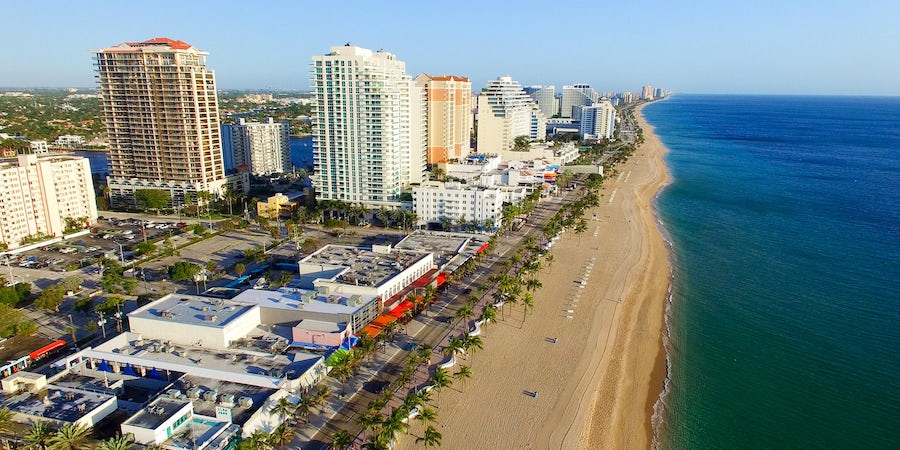 (2 p.m. EDT) -- Florida lawmakers have teamed up to introduce a bill that would allow cruise lines and ports to resume operations.

The Set Sail Safely Act, introduced Wednesday by Florida Senators Rick Scott and Marco Rubio, would establish a Maritime Task Force, in coordination with an advisory committee from the private sector, to "address the health, safety, security, and logistical changes" needed to allow for cruise lines and ports to resume operations.

Currently, cruise lines are under a "no sail order" from the U.S. Centers for Disease Control and Prevention (CDC) until September 30, 2020, and have been since March 13 when many COVID-19 lockdowns went into effect. Most cruise lines have imposed voluntary pauses on operations through October 31 and beyond.

The news comes just a week after a meeting last week of the Miami-Dade County Tourism and Ports Committee, at which Norwegian Cruise Line Holdings President and CEO Frank Del Rio spoke passionately about the need for cruise lines in the U.S. to be able to show government agencies their new precautions – and get back out on the water again.

"Enough is enough," he said. "The cruise industry is close to devastation. … We've got to get back to work."

The legislation has widespread support among the cruising community, including the Cruise Lines International Association (CLIA); the American Association of Port Authorities; the Florida Ports Council; the Miami-Dade Tourism and the Ports Committee and Miami Mayor Carlos Gimenez.

Explained in a release from Sen. Scott's office, the Set Sail Safely act would place the resumption of cruising in the hands of the U.S. Department of Homeland Security, working with Customs and Border Protection; the U.S. Coast Guard; Health and Human Services; the Department of Transportation; the Department of State and the Federal Maritime Commission.

Private sector stakeholders noted included representatives from the cruise lines, U.S. ports, commercial fishermen, small businesses and health professionals. Working together, the Maritime Task Force and its advisory committee would create a timeline for meetings, recommendations and implementation of the task force's recommendations.

The CDC is notably absent from being specifically mentioned in the list of federal agencies to be involved in the task force (although its parent agency, HHS, is involved). The country's main health body has traditionally been the main partner with the cruise industry, along with the U.S. Coast Guard, to develop health and safety regulations governing ships.

It was the CDC that imposed the no sail order, as well as the regulations that cruise lines were supposed to use to repatriate their crew members during the COVID-19 pandemic. The agency came up with a color-coordinated system to classify ships and imposed guidelines to get crew back to their home countries. The measures they required, however, were extremely onerous for the cruise lines, and most opted to bring the crew members home by ship, a process that took months.

In recent months, however, there has been a growing feeling in the cruise industry that the CDC has been dragging its feet in working with the lines to get ships sailing again. Many in the industry wonder why other sectors in tourism, such as restaurants, hotels and airlines, have been allowed to open back up – albeit with new safety precautions – and cruise ships have not.

The CDC is currently gathering public comment on cruise resumption, with a deadline of September 21. The major lines are planning to submit detailed health and safety protocols before then; two big players, Royal Caribbean Group and Norwegian Cruise Line Holdings have teamed up to create a "Healthy Sail" panel of experts.

Meanwhile, Carnival Corporation has already successfully restarted operations in Europe with its Italian line Costa Cruises, and MSC Cruises has also restarted in the Mediterranean. Other regional lines, ranging from Dream Cruises in Asia to SeaDream Yacht Club in Norway to Paul Gauguin in Tahiti, as well as several river cruise lines, have resumed cruising.

The statements from the senators, both Republican, echo concerns about the industry shutdown and its effect on the South Florida economy.

"Florida is a tourism state with thousands of jobs relying on the success of our ports, cruise lines and maritime industries," Sen. Scott said in a statement. "As we work to solve the coronavirus and safely reopen our economy, this legislation will support the development of guidelines needed to ensure the safe resumption of our cruise lines and port operations. I will continue to work with Floridians, industry and federal leaders to safely bring back this industry, which is important to our state's economic success."

Said Sen. Rubio in a statement: "The cruise and maritime industries are vital to the prosperity of our state's economy, and securing guidance for safely resuming operations is a top priority of mine. I am proud to join Senator Scott in introducing legislation that will provide a roadmap for cruise lines and port authorities to safely resume operations, allowing our valuable tourism economy, and the people it employs, to begin to recover."

Adam Goldstein, the current CLIA president, said: "On behalf of the wider cruise community, including nearly 44,000 American travel advisors and hundreds of small and medium sized businesses in the U.S. that provide products and services to cruise lines, CLIA joins our port partners in thanking Senators Rick Scott and Marco Rubio for their leadership in introducing this important legislation.

"The cruise industry is an important economic contributor in the United States, supporting nearly half a million U.S. jobs, and over 150,000 in Florida alone, prior to the pandemic. The Senators' bill draws much needed attention to the importance of strategic dialogue between appropriate federal agencies and a broad group of public and private sector stakeholders to safely advance a resumption of cruising in the U.S. that mirrors the gradual and successful restart of cruise operations in Europe."