You may also like
Dismiss
Hurtigruten's MS Finnmarken Cruise Ship to Undergo Biggest Refurbishment in Line's History
Hurtigruten to Transform Three Cruise Ships with New Name, Hybrid Power and More
Hurtigruten to Offer Expedition Sailings from Dover for Winter 2021/2022 Season
Carnival Legend to Sail Full 2021 Europe Season Before Homeporting in Baltimore
Hurtigruten Makes Dover Home Port for Summer 2021
Hurtigruten Becomes the First Ocean Cruise Line in the World to Resume Cruising
Hurtigruten Ramps Up Return to Cruising With Most of the Fleet in Service by September
Which Cruise Lines Are Sailing Right Now in the UK?
Fred. Olsen Latest Cruise Line to Announce Restart For Round-Britain Cruises
Another Big Week for Cruising in England as More Ships Set Sail, Arrive For Restart 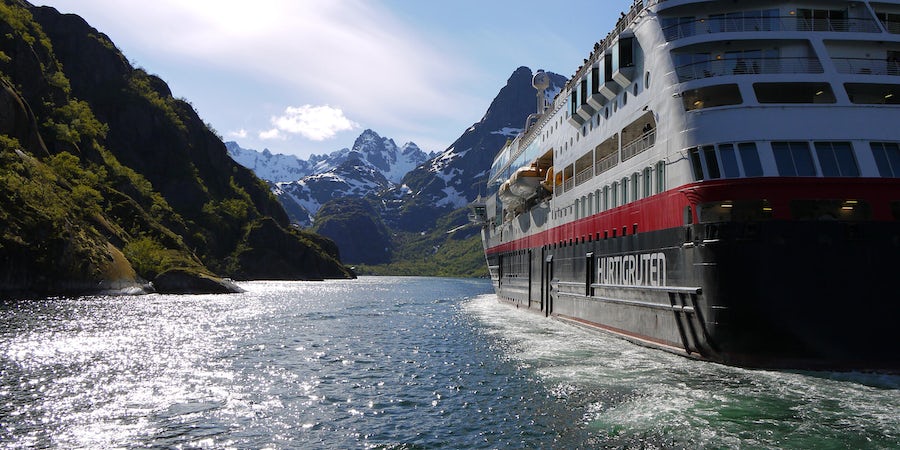 In June, Hurtigruten confirmed it would be homeporting the 500-passenger ship in Dover for summer 2021.

"We’re thrilled to be adding another adventurous itinerary to our existing British Isles departures from Dover in 2021," said Anthony Daniels, UK General Manager for Hurtigruten.

"The changes reflect the significant positive demand we’re experiencing for destinations closer to home. Our newly refurbished MS Maud will take guests along the striking British coastline to be closer to nature and wildlife, as well charming small towns beaming with personality."

The round trip from Dover will call in at ports including Fort William, the Isles of Scilly, Rathlin Island, and the Isle of Iona.

Midnatsol will be refurbished early next year, re-emerging as MS Maud in March 2021 with refreshed public areas and three new restaurants.

Hurtigruten was the first cruise line to restart cruising following the worldwide pause in March. The line was also planning to offer a series of UK cruises this month, but had to scrap the itineraries following a COVID-19 outbreak on one of its newest ships, Roald Amundsen, in July. The investigation is ongoing.