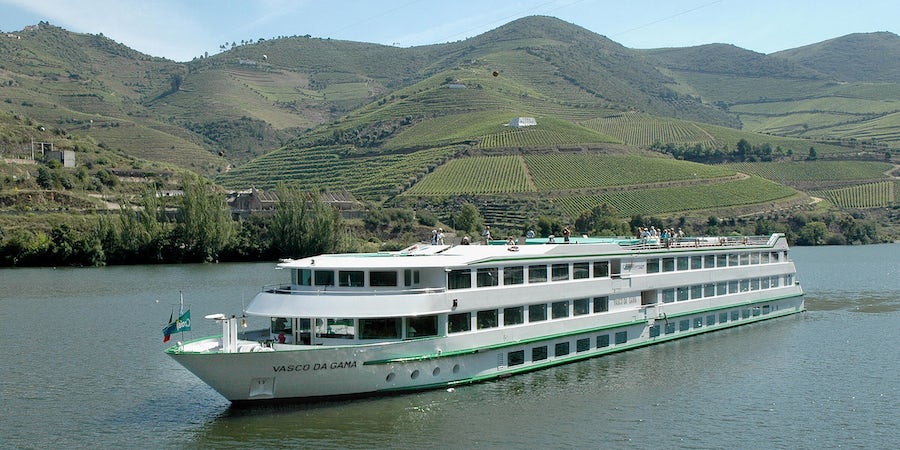 One of the passengers, a French national, has been taken to the hospital, while a second has been quarantined in a hotel, the French line confirmed.

The five crew members are in quarantine on the ship, which is locked down in Castelo de Paiva, a small town on the Douro River around an hour from Porto.

The Douro-based, 138-passenger Vasco da Gama was sailing with 67 passengers and 20 crew members.

The passengers reportedly fell ill at the end of the sailing, which was completed as scheduled September 7, and all the passengers except the two who tested positive have returned to their home countries, where they have been urged to quarantine themselves.

The line released the following statement: "Two guests and five crew have tested positive on a CroisiEurope Cruises river cruise on the Douro.

"The passengers in question fell ill right at the end of the cruise (disembarkation day) and were immediately isolated and then taken to a local hospital where they tested positive (the day after disembarkation.)

"The strict protocols put in place by the company to allow safe sailing were adhered to at all times. All other passengers have been informed of the situation and advised to self-isolate and take a coronavirus test.

"All the crew were tested and the ship locked down for 10 days in agreement with the local Portuguese health authorities who were satisfied with the handling of this matter. The five crew who tested positively are in self isolation and are currently fit and well."

Health Protocols Do Not Include Testing

CroisiEurope is Europe's largest river cruise line and is one of a number that have restarted operations in several European countries, up till now without incident. The company operates mostly river cruises but also has an ocean ship in operation, La Belle des Oceans.

As with other lines, Croisi has introduced a number of new health protocols including:

The line is not testing passengers for COVID-19 before boarding, though, which is part of the new protocols by MSC Cruises and Costa Cruises, both of which have restarted operations in the Mediterranean.

With MSC, the testing protocol has caught passengers with COVID-19 before boarding, as well as crew members before they started work.

Both MSC and Costa also require passengers on shore to stay with the ship-sponsored excursions and not leave "the bubble" of the group.

Cruise Critic recently published an account on what it's like to be on CroisiEurope ship now; her sailing took place in Bordeaux. CroisiEurope was the first river line to open up cruises to a mix of international passengers, as opposed to just one nationality.

It is unclear whether CroisiEurope will adjust or change any of its COVID-19 policies after the outbreak. Cruise Critic has reached out the line for comment, and will update the story as appropriate.