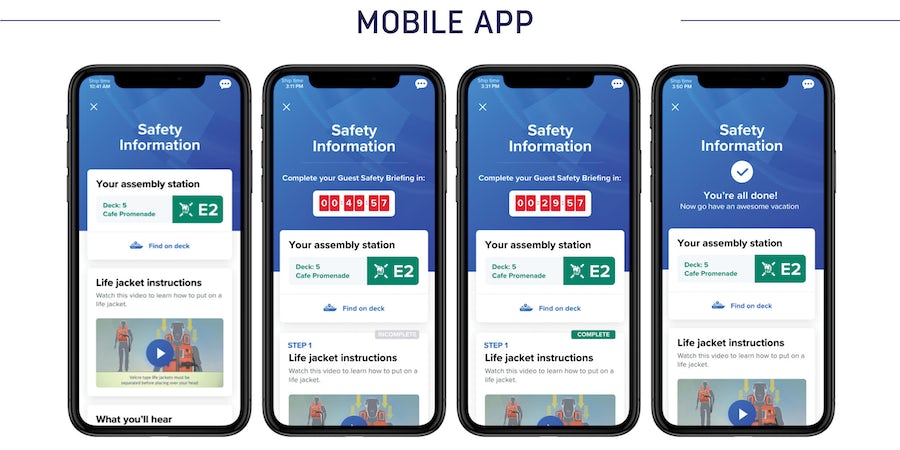 (2:45 p.m. EDT) -- Technological improvements with cruise line smartphone apps, such as the ability to take part in an electronic muster drill and check-in, as well as open cabin doors, will drive return to cruising for most lines that make up the Royal Caribbean Group.

In a news release, the company outlined several of its smartphone initiatives, most of which already had been announced. Taken as a whole, they represent ways to limit contact and crowds during the pandemic era, which would come as welcome improvements to the onboard experience, even if COVID-19 had never happened.

Here's what Royal Caribbean Group says passengers will able to do with its new app technology, which will be released in different combinations across Royal Caribbean International, Celebrity Cruises and Azamara: