You may also like
Dismiss
Coronavirus: Updated Cruise Ship Policies and Cancellations Because of COVID-19 (2021)
The Majestic Line Set to be First Cruise Line to Restart Cruising in the UK
Two UK Cruise Lines First to Restart Cruising in the UK
Rolling Out the Deals: Why Now Might Be a Great Time to Book a Cruise
Out to Sea: Keeping Tabs on the Global Cruise Fleet
Another Big Week for Cruising in England as More Ships Set Sail, Arrive For Restart
Royal Caribbean's Newest Cruise Ship, Wonder of the Seas, Leaves the Shipyard
U.K. Black Friday & Cyber Monday Cruise Deals -- Extended
Emerald Cruises Officially Launches in Australia
Celebrity Beyond Completes Sea Trials; Moves One Step Closer to Debut 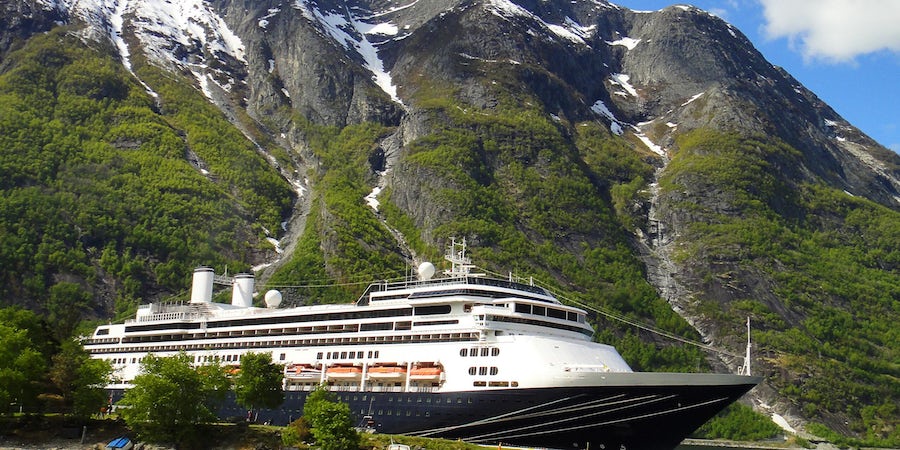 (12:45 a.m. BST) -- The newest member of the Fred. Olsen fleet, Borealis, has joined the rest of its fleetmates moored at Rosyth, Scotland.

The former Holland America Line Rotterdam had just finished a technical inspection at the Damen shipyards in Rotterdam before being handed over to Fred. Olsen on Friday.

"It is great to see the first of our two new ships, Borealis, alongside next to the rest of our fleet," said Peter Deer, Fred. Olsen Cruise Lines' managing director.

Deer noted that work would now begin on adding Fred. Olsen's signature touches to the interior and exterior of the ship, including its new livery and iconic red funnels, at Babcock's Rosyth facilities.

The 1,404-passenger ship dates from 1997, and is one of two new vessels acquired by Fred. Olsen. from HAL -- the second is 2000-built Amsterdam, which will join the fleet in Rosyth later this month and will be renamed Bolette.

Bolette's maiden voyage will be a seven-night Scotland & Northern Ireland cruise, setting sail from Southampton on 5th March 2021. This will be followed by two further UK cruises before Bolette sets sail for the Azores and Madeira over the Easter break.

Both vessels will replace Black Watch and Boudicca, which are being retired from the Fred. Olsen fleet and will not re-enter service. No details of what will happen to the vessels, both of which are nearly 50 years old, have been made public.

Itineraries aboard Bolette are already on-sale as of Monday morning. Sailings aboard Borealis will go on sale on September 15.

Passengers booked on existing sailings aboard Black Watch and Boudicca will be automatically transferred over to Borealis and Bolette.

Fred. Olsen has announced the majority of its fleet, including the new Borealis and Bolette, will enter service next spring, along with Braemar. The line plans to restart cruises aboard Balmoral even sooner, though no exact date has been announced yet.