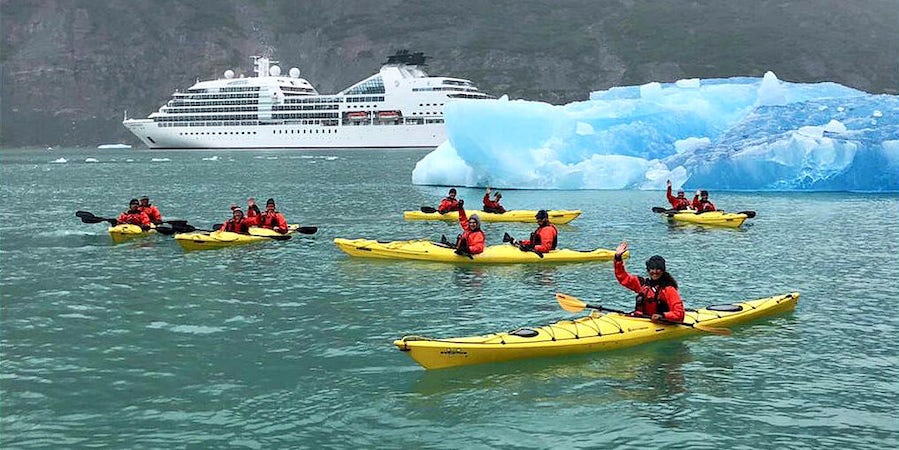 Will Required Cruise Line Excursions Be Part of the COVID-19 Era Cruising?

Do you think required cruise line excursions will be part of COVID-19 era cruising? Take our survey.

(5:15 p.m. EDT) -- As cruise lines return to the sea in Europe, one aspect that seems to impede COVID-19 infection is keeping the passengers safe in "a bubble" that can safely move from ship to shore.

So far, four cruise lines that have either restarted already or plan to start soon have implemented policies that require passengers leaving the vessel to take a shore excursion sponsored by the ship. The lines are MSC Cruises, Costa Cruises, TUI and Ponant, although the latter has eased up on its requirements.

MSC Cruises takes the policy on excursions, which it calls "protected ashore visits," so seriously that it barred a family that left a group from reboarding on MSC Grandiosa's first sailing in the Mediterranean

"By departing from the organized shore excursion, this family broke from the 'social bubble,' and therefore could not be permitted to re-board the ship," the line said in a release.

Organized shore excursions allow MSC to control the environment, making sure "that transfers are properly sanitized and that there is adequate space for social distancing." Tour guides and drivers also undergo health screenings -- all passengers onboard take COVID-19 tests in the terminal before boarding -- and wear masks or appropriate personal protective equipment (PPE).

The strict removal of the scofflaws was greeted with enthusiasm from cruise fans and Cruise Critic members, as well as a copycat. After MSC Cruises announced its first successful completed sailing, Costa Cruises said it would also require passengers to take ship-sponsored excursions to get off.

Anyone who has sailed on an expedition ship is familiar with the model of ship-run excursions. In many remote places where expedition ships go, passengers must stick with ship-organized excursions for safety's sake.

In Svalbard, Norway, for example, passengers are guarded by rifle-toting guides when they get off the ship to prevent polar bear attacks. In the Galapagos, the strictness is there to protect the island and its wildlife, which could get damaged if passengers go off on their own.

On expedition ships, though, excursions are included in the fare. MSC offers at least one complimentary excursion for all cabin grades, but unless you book a higher category of cabin, you will likely have to pay to get off the ship. The shore excursions are also given as add-ons for MSC Yacht Club passengers, who now receive an excursion in each port. Another package allows passengers to purchase up to three extra shore excursions for a flat fee of 100 euros.

Other lines have followed MSC's model. TUI had already resumed sailing in northern Europe on several Mein Schiff vessels. For the line's start in Greece, however, the German line plans to make ship-sponsored excursions required.

Cruisers who are against the excursion port requirement cite the lack of freedom to walk around and explore independently, which is a significant draw of cruising in the first place, for many.

The policy also gives the cruise lines a monopoly on shore time and hurts local businesses, who rely on independent cruise ship passengers to buy souvenirs, go to restaurants and bars, book tours and other participate in activities.

The policy has created a lot of debate on Cruise Critic's message boards, on multiple forums.

"No way would Oceania cruisers tolerate these 'bubble' tours," susiesan wrote in Cruise Critic's Oceania forum. "Many of us choose Oceania for the reason they sail to a lot of small ports the bigger ships can't get into and we explore on our own. I never will and would not sail on Oceania or any other cruise again if I could not go off the ship and be on my own."

"While it may be a necessity at first, it sounds like a terrible idea to me in the Caribbean where many people simply like to get off, shop, have lunch and drinks," mek wrote on the Royal Caribbean board.  "If people are restricted from doing that, I don't think the local businesses will support that policy and they will put a lot of pressure on the cruise lines -- like maybe even denying them access to the port."

But for many who like to cruise just to relax and enjoy the ship, the excursion requirement to access ports is not an issue.

"Since the DH and I booked and planned for this to be a relaxing stay-on-the-ship cruise, it will not be a change in our plans," Linda the Book Lover wrote on the MSC forum. "Keep in mind we are seniors with no children and/or grandchildren traveling with us."

OK for Restart, Not Forever

It's also important to note that while cruises might restart with tightly controlled shore excursions, those policies might change as the pandemic evolves.

When Ponant restarted in France in July, for example, the line required passengers to go ashore in controlled groups. But the line has already abandoned the policy, allowing passengers to go off on their own, according to journalist Mike Louagie, who has sailed with the line twice within a six-week period. Passenger and crew temperatures are taken when they return to the ship.

And for some, any kind of shore excursion might be better than nothing. In their restarts, the German lines TUI and Hapag-Lloyd have been sailing "blaue reise," (blue trip) -- essentially cruises to nowhere with no port stops included. People have been so eager to get on the water that the cruises have been doing well.

Cruisers seem to be taking this long view as well. "It may be necessary today like on MSC but with an effective vaccine, I do not see that (required ship excursions) being the case," Paulchili wrote on the Oceania board

"This requirement may change or be waived for certain ports as time goes by," AtlantaCruiser72 wrote on the Holland America Line message board. "While ship sponsored excursions are not preferable to most it appears they will be the only way, for the near future, to access the ports until COVID is under control.

"These are unusual times and we ALL need to modify our way of thinking about travel and be more flexible than ever when making travel decisions. Sacrifices have to be made so we can control/stop the spread of this pandemic."

Do you think required cruise line excursions will be part of COVID-19 era cruising? Take our survey.