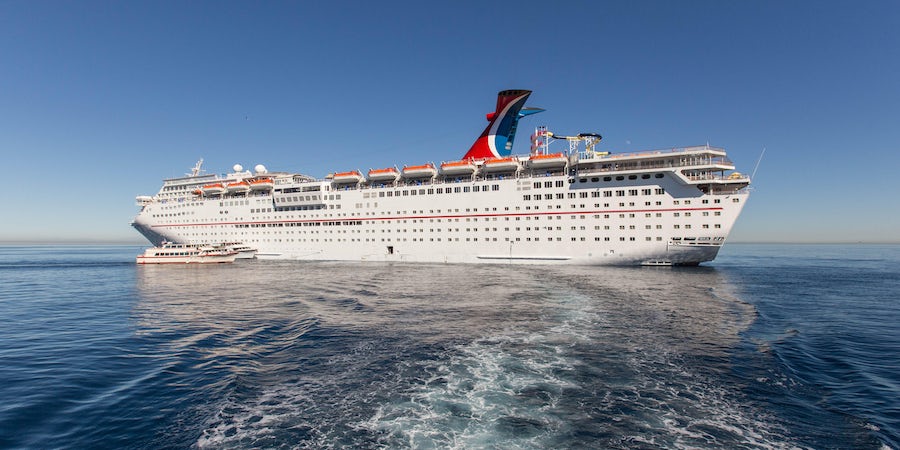 What Is the Status of Carnival's Fantasy Class Cruise Ships?

Debuting in 1990 with the introduction of Carnival Fantasy, these small workhorses gained a new lease on life in recent years, sailing from ports like Mobile, Alabama and Jacksonville, Florida that are unreachable on many larger ships.

The ongoing COVID-19 coronavirus pandemic, though, has already claimed some members of the Fantasy Class, as Carnival Corporation looks to reduce costs during the unprecedented global shutdown of the cruise industry that began back in March.

From a total of eight vessels at the start of this year, the Fantasy Class has been reduced to just four ships that are scheduled to re-enter service. The future of some of those, too, is still uncertain.

Cruise Critic took a look at where each member of Carnival's Fantasy Class is right now.

Introduced in 1990, Carnival Fantasy was the lead ship in Carnival's new "SuperLiner" fleet. Decked out with a healthy dose of neon and longtime Carnival designer Joe Farcus's madcap interior design, Fantasy served as a workhorse for decades and was most recently based out of Mobile, Alabama.

At the end of July, Carnival confirmed what had been speculated about for weeks: Fantasy had been sold and was destined for the shipbreakers at Aliaga, Turkey.

Carnival Fantasy was beached at the end of July. In late-August, work had already begun on the 30-year old ship, with the first steel cut from the bow of the ship.

The second Fantasy Class ship to enter service with Carnival, Carnival Ecstasy is slated to return to service once Carnival gets the all-clear. In July, Ecstasy was named along with Carnival Sensation, Elation and Paradise as the four Fantasy Class vessels that are being retained by Carnival.

After having made a round-the-world voyage to repatriate crew, including journeying around the horn of Africa, Carnival Ecstasy is cruising idly off the Bahamas as of this writing.

Built in 1993, Carnival Sensation is one of four cruise ships that Carnival says will return to service once the global health crisis improves.

Truncated names are common for ships that are destined for scrapping. Data from Vesseldfinder is derived from the ship's AIS (automatic identification systems).

A Carnival spokesperson confirmed to Cruise Critic, however, that Sensation was still a part of the Carnival fleet. On September 1, the vessel's name reverted back to Carnival Sensation and tracking resumed.

In July, Carnival stated that Carnival Fascination and sister-ship Carnival Imagination would be withdrawn from the fleet and placed in long-term layup. While the line stated neither vessel had been sold, it also revealed that it had no plans for either ship to re-enter service.

In past times, older tonnage usually finds a home with smaller operators in other parts of the world. Because of the COVID-19 pandemic's impact on cruise and travel, there is little market for secondhand vessels.

Carnival Fascination has been moored in Cadiz, Spain since July.

Curacao is where both Carnival Fantasy and Carnival Inspiration stopped to offload equipment and merchandise before proceeding to Aliaga for beaching and dismantling.

Carnival Imagination is scheduled to arrive at Aliaga in the early morning hours of Monday, September 14. It will be beached and dismantled shortly thereafter.

Along with Carnival Fantasy, Carnival Inspiration was sold for scrapping in July. It was berthed -- or more appropriately driven-into -- sister-ship Carnival Fantasy when it arrived off Aliaga.

Up until the pandemic started, Carnival Inspiration and sister Imagination had been operating Carnival's popular Baja Mexico cruises from Long Beach, CA to Catalina Island and Ensenada, Mexico for several years.

Demolition is now beginning on both Carnival Fantasy and Carnival Inspiration.

Although Carnival Elation looked identical to its sisters when it debuted in April 1998, there were plenty of changes under the hood.

This included the switch from traditional screw-and-shaft propeller propulsion to the newer azipod-style propulsion. Instead of propellers driven by a shaft and accentuated by flap-style rudders, azipods are more akin to giant outboard motors fitted underneath a vessel. Capable of rotating 360 degrees, they eliminate the need for traditional rudders, and improve fuel economy thanks to their position: propellers face forward, and pull -- rather than push -- the ship through water.

Carnival Elation became the first cruise ship in the world to be fitted with azipods when it debuted in 1998; a change that numerous other lines would adopt for their ships going into the early 2000's.

Carnival Elation underwent a dramatic refit in 2017 that added new balcony cabins and additional FunShip 2.0 enhancements. Thanks to that investment, plus the ship's more modern technical systems, Carnival Elation is likely to continue sailing for some years to come.

The ship is currently holding between Little Stirrup Cay and Freeport, Bahamas.

Carnival Paradise was noteworthy when it entered service in 1998 for being the first completely non-smoking ship at sea; a designation the vessel held until the end of 2003. Contractors building the ship weren't even allowed to smoke.

Like Carnival Elation, Carnival Paradise is equipped with more modern azipod propulsion and dynamic positioning, making it more technologically advanced than its sister ships. Coupled with the ship's recent refurbishment that added new balcony cabins and more FunShip 2.0 features, Carnival Paradise is likely to continue sailing for the foreseeable future.

Carnival Paradise is currently holding off the Bahamas, sailing into Freeport occasionally to replenish stores.

Although the number of vessels in the Fantasy Class have been cut in half, these classic cruise ships still play a crucial role in Carnival's fleet deployment strategy, sailing to and from homeports that are either inaccessible by the line's larger ships, or from homeports where it wouldn't make economic sense to place a larger, newer ship.

With a strong following of passengers from around North America, it is likely that some of these ships will remain in operation long after the current health pandemic passes.

Cruise Critic will update this article with new information as it becomes available.