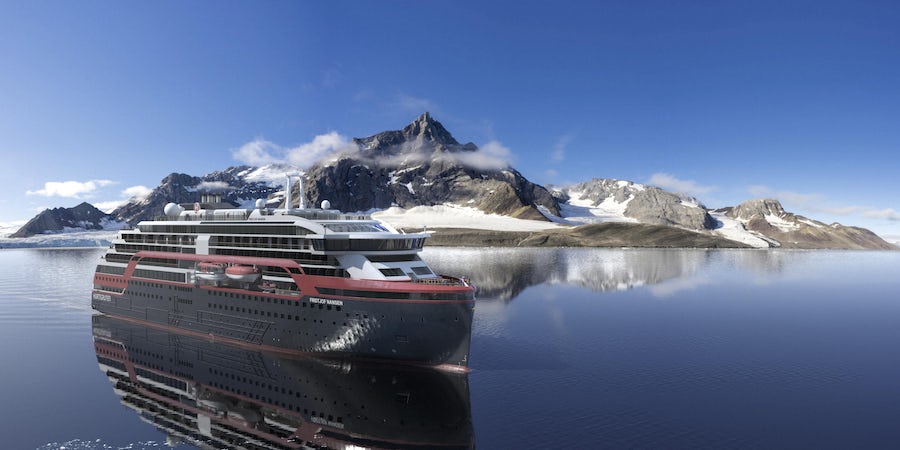 (5:41 a.m. EDT) -- Tom Cruise has hired two Hurtigruten cruise ships to house cast and crew during filming for the next Mission: Impossible movie.In an attempt to avoid any more delays due to coronavirus -- filming was halted on the seventh movie in February -- the production company behind the movie Truenorth has hired the line's newest ship Fridtjof Nansen and the recently refurbished, Verstarelen, from the Norwegian cruise line.The movie is being filmed in the More og Romsdal region of northern Norway throughout September and Cruise has stumped up the reported £500,000 ( about $662,000) for the hire, according to British tabloid newspaper, The Sun."We can confirm that Hurtigruten have entered into an agreement with the production company Truenorth for the charter of two ships from the end of August until the end of September. The ships in question are (newly upgraded) MS Vesterålen and (the brand new battery-hybrid powered) MS Fridtjof Nansen," a spokesman for the line confirmed.The ships are lying idle after a coronavirus outbreak onboard Fridtjof Nansen's sister ship Roald Amundsen forced the line to halt all expedition sailings. As many as 70 passengers tested positive, and a number of investigations have been launched into how protocols were breached or ignored. The line's COO has since resigned.

The Norwegian authorities have approved the hire despite one former Fridtjof Nansen crewmember testing positive for COVID-19 after returning to the Philippines, according to The Maritime Executive.

No one on board since has reported symptoms or tested positive, according to Hurtigruten. Another round of tests will be conducted for the other crew on board.