You may also like
Dismiss
Coronavirus: Updated Cruise Ship Policies and Cancellations Because of COVID-19 (2021)
Can a River Cruise Still be Fun in the Age of Covid-19?
Rolling Out the Deals: Why Now Might Be a Great Time to Book a Cruise
Royal Caribbean's Wonder of the Seas Cruise Ship Floated Out From Shipyard
Second Carnival Corp. Cruise Line To Restart Med Operations
Live From Celebrity Edge: A Cruise That Seems Normal Again; "I'm So Hopeful"
Royal Caribbean Takes Delivery of World's Biggest Cruise Ship Wonder of the Seas
Celebrity Beyond Completes Sea Trials; Moves One Step Closer to Debut
These Ships Are Coming Back To The U.S. in 2022: Here’s Why You Should Care
Just Back From Allure of The Seas' Maiden Galveston Sailing: Hits and Misses 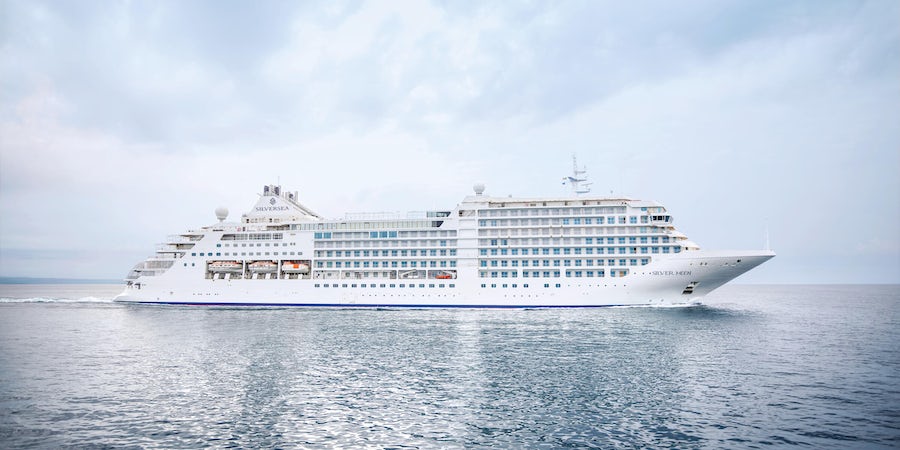 (11:50 a.m. EDT) -- Silversea successfully completed sea trials for its newest flagship, Silver Moon, off the coast of Italy this month.The ship set sail with a reduced crew of 320, including the vessel's Master, Captain Alessandro Zanello, and veteran Silversea Hotel Director Paolo Percivale. It's the second new ultra-luxury vessel to launch this year under the Silversea banner, after the all-new Silver Origin which will make its home year-round in the Galapagos Islands.A sister ship to 2017's Silver Muse, the 596-passenger Silver Moon completed its sea trials between August 8 and August 20, sailing between Fincantieri's shipyards in Ancona and Trieste, Italy.The trials included Silversea's senior officers and representatives from both Fincantieri and Royal Caribbean Group. Noise and vibration tests were performed, as well as speed, handling and stability tests that are a rite of passage for any new cruise ship.Silver Moon is currently set to be delivered to Silversea on October 30, with its inaugural voyage now set for November 8, 2020. It is now back at the shipyard in Ancona where outfitting on the ship's interior spaces continues ahead of its delivery in the fall.Silver Moon's senior officers also provided an insightful glimpse into the unusual process of conducting sea trials during the time of COVID.

"As my third [sea trials] with Silversea, I must say that Silver Moon's sea trials felt a little surreal after everything that happened in the months prior," said Captain Zanello. "I was originally scheduled to travel to the shipyard in Ancona in April. I was with family in Canada at the time. Unfortunately, there were no flights from Canada to Ancona, so I was unable to reach the ship until July.